Hamilton/Verstappen rivalry will get worse before it gets better – Gachot 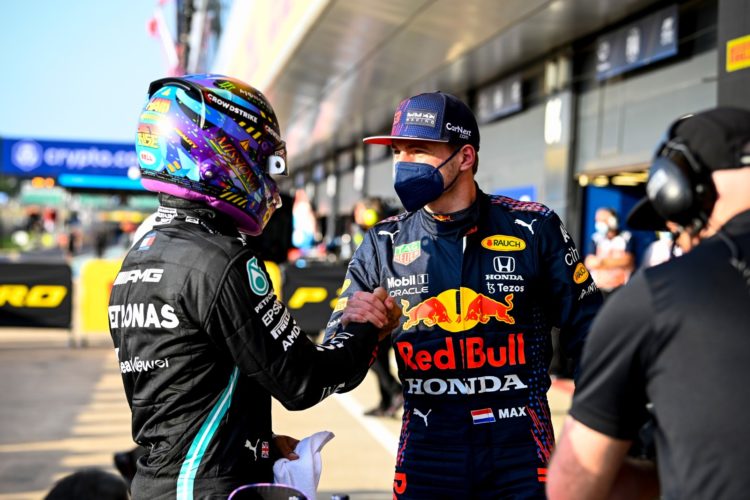 Former Formula 1 driver and 1991 Le Mans winner Bertrand Gachot believes the rivalry between Lewis Hamilton and Max Verstappen will only get worse before it gets better.

Gachot spent six seasons in F1 from 1989-1995 with several teams including Onyx, Jordan and Larousse, even becoming a shareholder and driver at Pacific Grand Prix.

However, mere weeks after his Le Mans success, he was famously imprisoned in the UK which ultimately led to Michael Schumacher making his F1 debut in his place at the Belgian Grand Prix.

Heading into the second half of the 2021 season, Hamilton leads Verstappen by a mere eight points after the first 11 races and the pair have already come through several flash-points this season in Bahrain, Imola, Barcelona and most notably at Silverstone.

With tensions high after the British Grand Prix, a war of words arose between them as to who was at fault for the controversial incident.

Speaking on F1’s official podcast Beyond The Grid, Gachot said: “I’m old school, if I was Verstappen, I wouldn’t have said anything at all.

“I wouldn’t have told Hamilton what I’m thinking and just said ‘we’ll talk on the track’. But it’s easy to say. I think these penalties are too much and to be honest, I think it was a racing incident in my view, but who am I to judge!”

When asked if the controversial events at Silverstone will have a bearing on their ever-deepening rivalry, Gachot believes tensions between them could still worsen before the end of the season.

“These guys are the best and they’re fighting for the world championship they’ll do anything,” he added. “You’ll see, it’s going to get worse before it gets better.

“There is no doubt in my mind, like Senna, Prost in those days. And think this is the beauty of the sport is to see these guys and who will make more or less mistakes.”