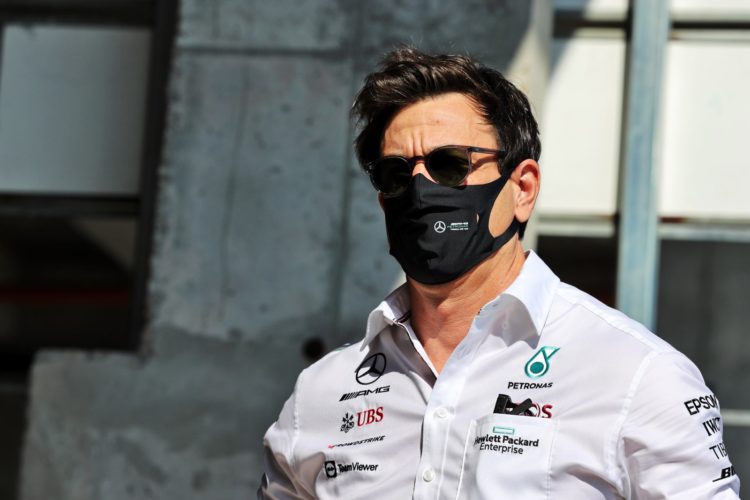 Toto Wolff believes Mercedes heads to this weekend’s Belgian Grand Prix “in a good position” as it prepares to recommence its Formula 1 title battle.

Mercedes has been locked in a close fight with Red Bull Racing through the opening half of the 2021 campaign.

Red Bull has taken six wins to Mercedes’ four but the reigning champions hold the lead in both the Drivers’ and Constructors’ battle.

Mercedes has had mixed fortunes at Spa-Francorchamps in recent years, though claimed victory in 2020, while Red Bull’s last success at the venue came with Daniel Ricciardo in 2014.

“This has definitely been one of the most intense F1 seasons that I can remember, so far,” said Wolff.

“The battle is far from over and after a few weeks away from the track, we’re all really excited to get back to work.

“We head to Spa-Francorchamps in a good position. We lead both Championships and the W12 feels in a better place, after the upgrades introduced at Silverstone and an encouraging showing in Hungary.

“But we know there is a long road ahead and so much can still happen in this season of ups and downs.”

Spa-Francorchamps was part of Formula 1’s inaugural championship season in 1950 and is this year celebrating its centenary.

“Spa is a track that we all know and love, one of the true F1 classics with its iconic corners, long-flat out sections and beautiful scenery,” said Wolff.

“It’s a hugely challenging track for both the drivers and the cars, with the longest lap of the season, lots of elevation change and some very high g-forces.

“The weather is also notoriously unpredictable at Spa and always throws a curveball our way.

“With the Belgian Grand Prix always producing exciting and fun racing, it’s the perfect place to start the second half of the season.”