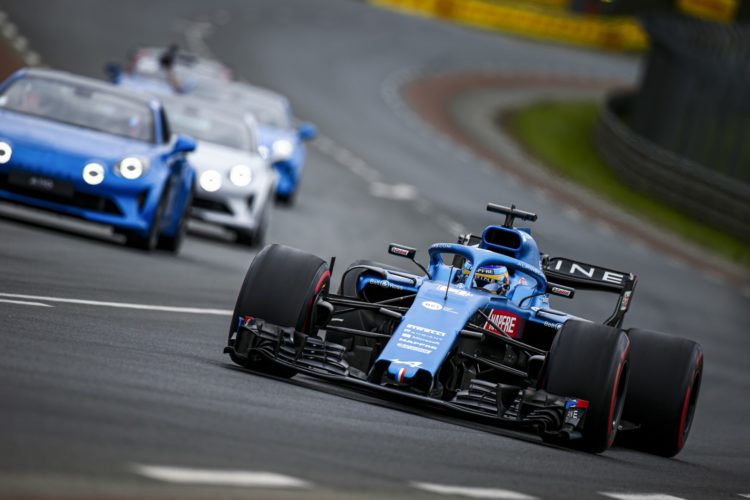 Fernando Alonso spearheaded a demonstration of Alpine machinery by driving a Formula 1 car at the Circuit de la Sarthe on Saturday.

Alonso previously competed at the Le Mans 24 Hours in 2018 and 2019, winning the event on both occasions while representing Toyota.

Alpine, which is competing in the Hypercar class, carried out a parade of its cars ahead of the start of the race on Saturday afternoon.

Alonso carried out a lap of the iconic French circuit in a 2018-spec Renault, which was dressed in the livery of the Alpine A521, though his effort was untimed.

Alonso’s Formula 1 team-mate Esteban Ocon was also in action as he demonstrated the A110 GT4.