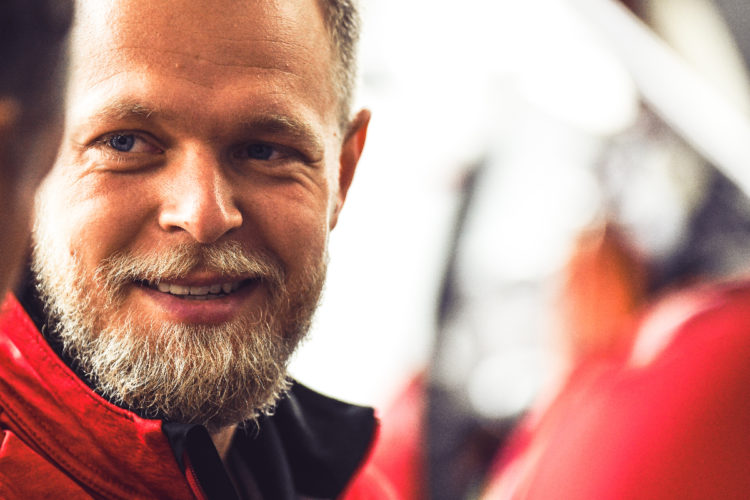 Kevin Magnussen says that endurance racing provides a completely different challenge mentally compared to his time in Formula One.

The former F1 driver for McLaren, Renault and Haas is making his debut in the 24 Hours of Le Mans this weekend alongside his father Jan, with the two sharing the #49 High Class Racing ORECA 07-Gibson with fellow Dane Anders Fjordbach.

It will be Magnussen’s first-ever outing at the French endurance classic after having grown up watching his father take part almost every year since the 1990s.

Like his father, the junior Magnussen is transitioning to a life in sportscar competition after a stint in Formula One.

He has already seen action in the IMSA WeatherTech Sportscar Championship with Chip Ganassi Racing, where his first significant sportscar appearance took place in the Rolex 24 at Daytona.

According to Magnussen, that race prepared him for the nuances of marathon endurance races like Le Mans, which he says requires a completely different form of mentality to do well.

“At the end of the day it is just trying to drive fast anyway, so but I think in a 24 hour race, the mentality is different,” Magnussen said. “You’re having to look forward so far. In a Formula One race, you’re more inclined to take risk in the beginning of the race when everyone’s close together, for example.

“So you know, judging when to really take risk against the other pass is one thing that I would say, it’s different, like the mentality of racing other people.”

In addition to the race length, Magnussen says there is another factor that is not important in F1 but crucial in an endurance race – traffic management.

“And then you’ve got the whole traffic management, when you’re in a prototype, at least. that’s, The GT’s are managing too, that they’re getting overtaken all the time.”

“But I think that’s an area that’s really interesting. In Formula One you start the race, and after the first lap mess is done, then you fall into a rhythm. And you quite often you have that rhythm for the whole race.”

“Whereas here, you’re always on it. Like mentally, you’re trying to judge how fast you’re approaching, if you can overtake here or wait for the next [corner], which way to go around and also using the GT traffic to either attack or defend from the other prototypes.”

“That part I really like, and for a 24 hour race, or even two hours of 24 hour race in this type of racing is more intense in many ways, than a Formula One race, and then we do 24 [hours]. So it’s pretty cool.”

Father-son pairing years in the making

According to Jan Magnussen, the family had tried for many years to make racing together at Le Mans a reality, but it never worked out due to a variety of factors.

“We’ve been trying for many years to make this happen,” he said. “Obviously, my time at the Corvette was when we really tried for it and we were close a bunch of times.”

“But Corvette wanted the a real third driver to do all the endurance races and Kevin’s schedule just wouldn’t allow it. It was a dream, everybody wanted it to happen, but scheduling stopped it.”

The elder Magnussen went on to explain that the opportunity came up again when he left Corvette and moved to High Class Racing.

“This came about because I’m racing in the WEC with High Class Racing and they got an extra entry for Le Mans. Well, that was the opportunity and we grabbed that immediately. Speak to the team, ‘is it okay if I jump in the other car’, because there’s some championship complications for that.”

“But the team knew that it was a dream of ours for many, many years, so they were okay with it immediately and we started looking for funding.”

Luckily, we’ve been talking about this in Denmark to the Danish press so much that every company that we approached, knew why we were calling and very very soon ot of companies bought into the dream of this father and son pairing.”