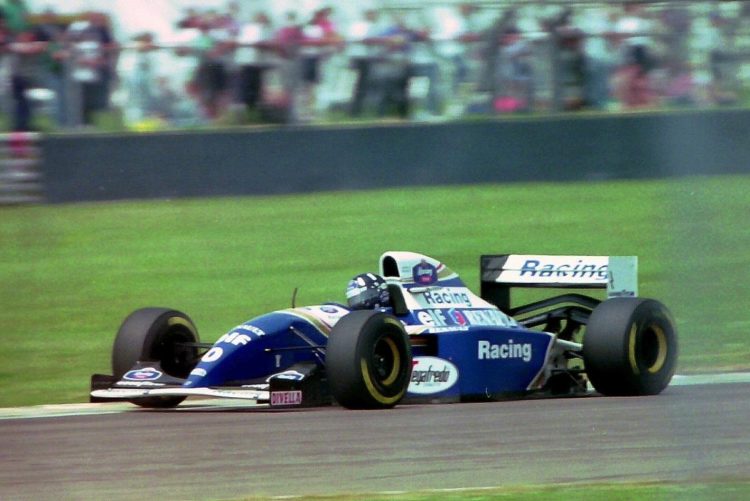 Hill en route to victory at the 1994 British Grand Prix

Much like his father Graham helped lead Lotus after the death of Jim Clark in 1968, Damon – despite being in only his second full season – led Williams through the 1994 season after Ayrton Senna’s tragic death at Imola.

Hill battled against Benetton’s Michael Schumacher all the way to the season-ending race in Adelaide where the pair controversially collided, handing the German the first of what would be seven World Championships.

The Briton ultimately claimed 21 victories during his time at the team which culminated in the 1996 title, beating team-mate Jacques Villeneuve before leaving the team under acrimonious circumstances at the end of the year.

On the official F1 podcast Beyond The Grid, Head said. “Obviously, after the accident on Sunday [Ayrton’s] car was impounded down at Imola.

“The senior engineers all came in, we had the data from onboard Ayrton’s car, Damon came in and was very involved in the analysis of the data because, obviously, for Damon, he wanted to know what had caused the accident.

“I don’t think he wanted to carry on looking at the data onward, but once Damon had convinced himself that it wasn’t the car that failed – which he satisfactorily to his own satisfaction – Damon led the team forward.

“At Monaco two weeks later we were a one-car team and our test driver David Coulthard came in at the next race in Barcelona after Monaco, and Damon was integral in leading the team mentally out of the car as well as in the car.

“So Damon’s personality was very strong in terms of leading the team out of a very difficult time and through the complicated circumstances of Michael [Schumacher] being banned for a couple of races, but it ended up with us going to the last race of the year with one point between the two of them.

“So it was a very, very stressful season obviously, with the higher stress all being the fact that Ayrton had been killed in one of our cars, so it was not an easy year at all.

“But for me, Damon’s leadership of the team and his achievements on the track in 1994 stand above his 1996 championship year. Obviously, history will have him down as the ’96 World Champion, but his achievements in 1994 were stunning, absolutely stunning.”