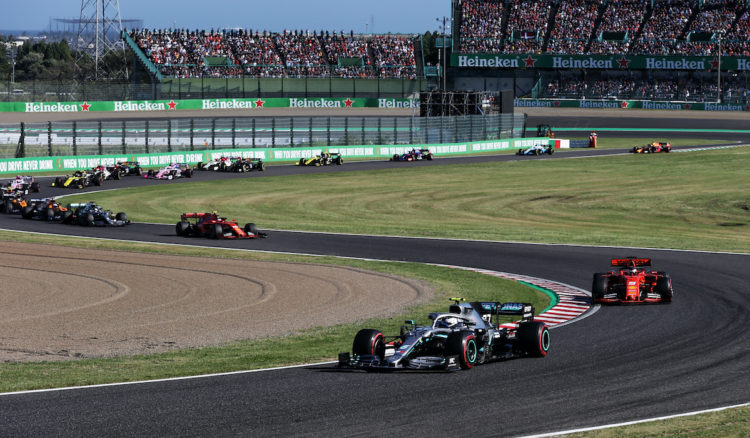 Formula 1 has confirmed the Japanese Grand Prix has been cancelled due to the ongoing situation relating to the Covid-19 pandemic in the country.

A decision on whether the race could have gone ahead was set to be based on how the recent Olympic games handled the situation.

But with cases spiking across the country, F1 confirmed on Wednesday that there was no choice but to cancel the event for the second year running.

“Following ongoing discussions with the promoter and authorities in Japan the decision has been taken by the Japanese Government to cancel the race this season due to ongoing complexities of the pandemic in the country.

“Formula 1 is now working on the details of the revised calendar and will announce the final details in the coming weeks.

“Formula 1 has proven this year, and in 2020, that we can adapt and find solutions to the ongoing uncertainties and is excited by the level of interest from locations to host Formula 1 events this year and beyond.”

It is rumoured a second race in the USA at the Circuit of The Americas will fill the void which – while not on the UK red-list – has recently seen a spike in Covid-19 cases and left hospitals at maximum capacity.

Current travel restrictions also provide a major hurdle with other potential venues including Turkey, Mexico and Brazil, which remain on the UK’s red list and require a 10-day quarantine.

F1 currently does not have exemptions for these countries which means over 1,000 staff from the UK-based teams as well as Pirelli, Honda, FIA and media would all be affected.

Middle Eastern countries remain on standby to hold further events with Bahrain prepared to host a second event, Qatar is also rumoured to be in the running to host a race at the Losail circuit used by MotoGP.