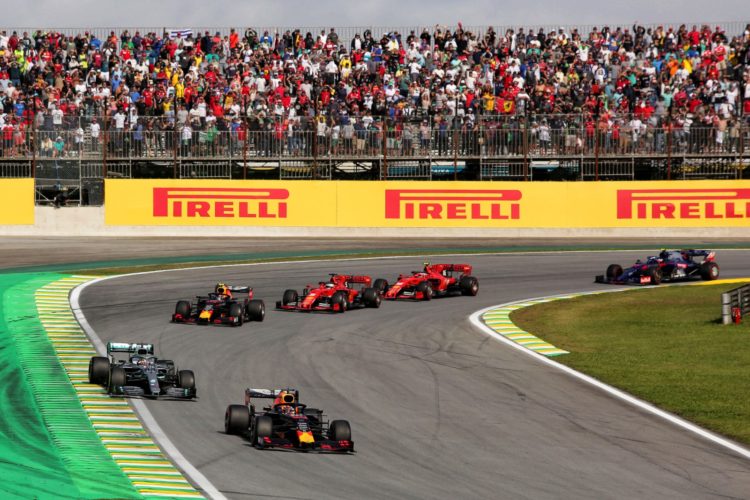 Organisers of Formula 1’s Sao Paulo Grand Prix have asserted that the 2021 event will happen, but would prefer the event to be pushed back a week.

Brazil’s Formula 1 round did not feature on the 2020 schedule owing to the pandemic and its future was shrouded in uncertainty amid an attempt to move the event to Rio de Janeiro.

However a fresh five-year deal, keeping the grand prix at Interlagos, was agreed.

As part of the new arrangement a new promoter was installed while the event has been renamed under the Sao Paulo Grand Prix label.

Sao Paulo’s event was initially scheduled for November 14 but was brought forward to November 7, forming a triple-header with the United States and Mexico, in order to make room for Australia.

But since then Australia’s round has been cancelled, leaving a vacancy in the schedule between Sao Paulo’s round on November 7 and Saudi Arabia’s inaugural grand prix on December 5.

On Monday senior figures in Sao Paulo held a press conference in anticipation of the event and revealed a request has been made to move the race back to November 14.

The request has been motivated by a desire to hold the event on the weekend of a national holiday, with November 15 Brazil’s Republic Day.

“If this request is accepted, for us, the inflow of revenue in the city and in the state increases a lot,” said Sao Paulo Governor Joao Doria. “We may have an expansion of 25 per cent in the Formula 1 revenue in Sao Paulo.”

It was also outlined that fan capacity of 100 per cent, depending on the rate of vaccination, can be achieved.

However there remain hurdles to the current situation owing to the ongoing nature of the pandemic.

Brazil is one of three prospective Formula 1 venues – along with Turkey (October 3) and Mexico (October 31) – that remain on the United Kingdom’s red list.

That would mean all UK-based personnel – which is a large portion of the paddock – would have to spend 10 days in hotel quarantine upon return, assuming current protocols remain in place.

Japan’s status remains uncertain owing to the country’s tight entry restrictions, though it recently held the Olympics, while the Paralympics are due to begin next week.

If Formula 1 does receive the green light to visit Japan then it will do so under tight guidelines akin to last year’s Abu Dhabi round, with charter flights and security at hotel to maintain a biosphere.

Japan’s presence is currently crucial to Turkey’s round; heading straight to Japan, where the 10-day cut-off can be fulfilled, avoids the need to quarantine in hotels upon return to the UK.

Discussions have been held over a potential second event in the USA, at the Circuit of the Americas, though the situation in nearby Austin has deteriorated.

Several cultural events in Austin have been postponed in recent days due to a surge in cases that has stretched medical resources, with data on Monday suggesting only one ICU bed remains unoccupied in the region.