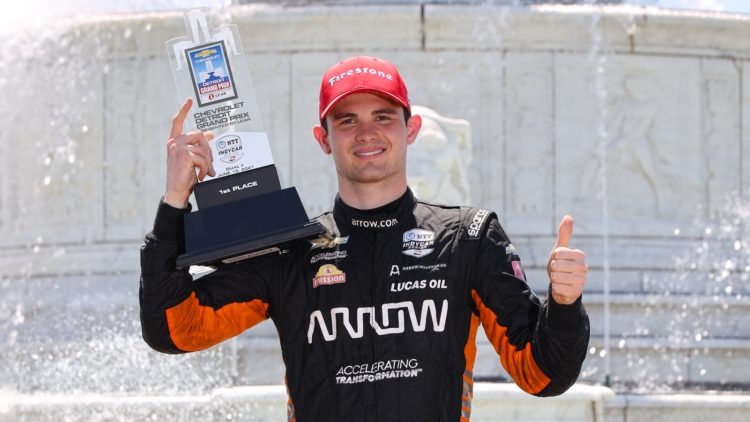 O'Ward last won a race in Detroit, and he is hungrier than ever. Photo: IndyCar

Pato O’Ward has earned his first and second IndyCar wins this season, grabbing the top step of the podium multiple times in his third season after having narrowly missed out on the achievement last year.

His two wins have come at vastly different tracks as well, with his first being earned at the high-speed oval of Texas Motor Speedway, and his second coming on the streets of Detroit.

Now that he has a taste of victory, the young Mexican driver is hungrier than ever to notch up more wins.

And if he has his choice, O’Ward would like to complete his set, and show his driving prowess, by notching up wins on the other types of courses on which IndyCar runs.

“I think that would be fantastic,” said O’Ward when Motorsport Week asked if he’s looking to win on all types of circuits.

“That’d be one of the biggest goals I have this year.  I don’t have a preference.”

O’Ward certainly has the skills behind the wheel in order to make his wish come true, he may just need a little luck to make it happen in the five races remaining of the season.

In 2020, the Arrow McLaren SP driver finished second at Road America and Gateway, which represent the two types of courses remaining on his list.

This weekend’s race at the Indianapolis Motor Speedway road course fulfills one of those requirements as well, and he is starting from pole for Saturday afternoon’s race.

More than anything, however, adding to his win total is the highest priority each and every weekend, no matter the location.

“I’m tired of being in the midfield,” said O’Ward.  “We’ve gotten two this year so far, and I think we can get a couple more.

“We just have to nail qualifying, we have to execute, and we have to have a strong race car.

Many drivers wait years to earn victories at all of the different types of courses run in an IndyCar season, such are the breadth of skills needed to master each discipline.

If O’Ward can get that done within what’s left of the 2021 season, he would make a statement that others would definitely take note of.

McLaren Racing CEO Zak Brown has said recently that he has no plans to change his driver lineup away from O’Ward, and winning a couple more races this season would certainly solidify that decision. 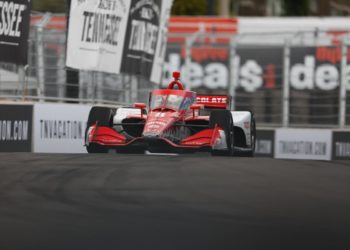 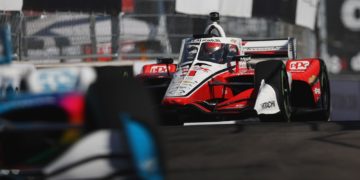 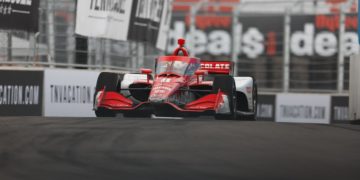