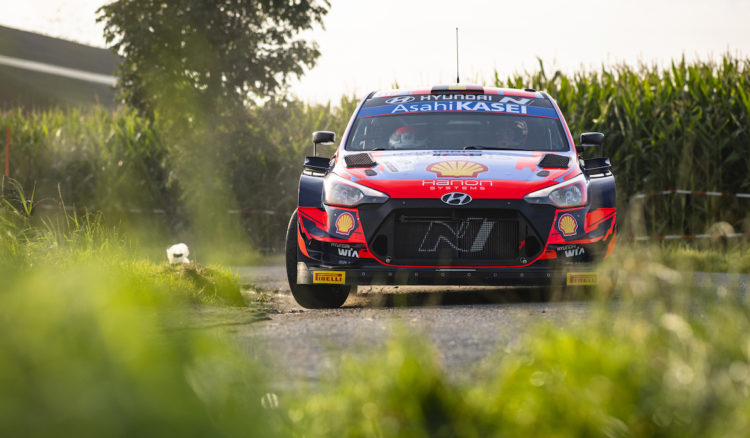 Thierry Neuville was quickly into the groove on his home roads to set the fastest time in Friday morning’s shakedown at Renties Ypres Rally Belgium.

Neuville, an Ypres winner in 2018, set the early pace in the first pass on roads that varied between smooth asphalt and concrete. Tänak moved to the front after the second run before his colleague posted the benchmark time in the finale.

“It was a routine shakedown with just some small adjustments,” said Neuville. “Basically we changed between the tyres as well to try to save a little bit the hard tyres for the rally. The expectations are to be fully dry for the whole event.”

Neuville is desperate for a home win to maintain any chance of a maiden world title but played down the benefits offered by home roads.

“There’s an advantage by knowing the tricky parts, but like all the other rallies, if I go to Finland or if I go to Estonia we can set good times, so the others will be able to do that here as well,” he added.

“For the championship it’s clear that it’s important for us to take big points this weekend. We need some help from the other guys as well, but we can only focus on our rally.”

Ogier headed a trio of Toyota Gazoo Racing drivers with Elfyn Evans 1.1s behind the Frenchman and Kalle Rovanperä, winner last time out in Estonia, another 0.8s back. Pierre-Louis Loubet completed the top six in another i20.

Craig Breen was only 16th in his i20. The air ducts on his front right brakes came loose in the opening run and he returned to service for repairs as they snagged the wheel rim and tyre.