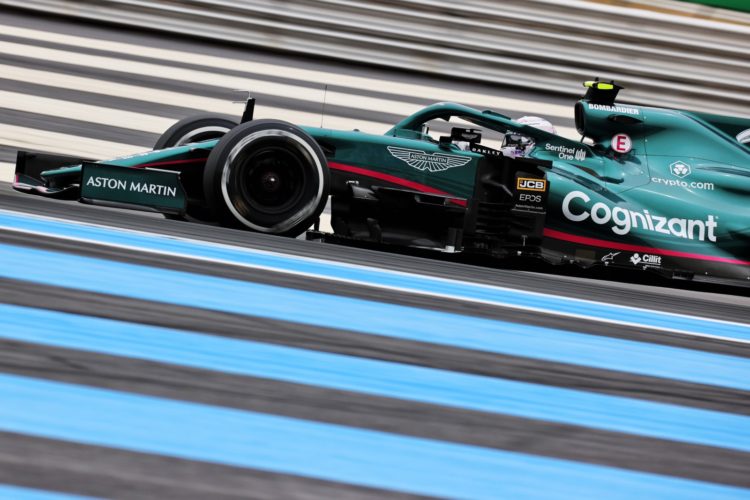 The Aston Martin Formula 1 team headed into the 2021 season with high expectations, having come off the back of its most successful season, albeit under a different name, but things didn’t play out as expected and it’s taken a lot of work to recover according to performance director Tom McCullough.

The team, then known as Racing Point, finished an impressive fourth in the standings, just seven points shy of McLaren – but would have finished third had they not been docked 15 points for copying Mercedes’ brake ducts – and took four podiums including a victory.

With the cars remaining almost identical in 2021, many expected the now rebranded Aston Martin team to impress, but the team found itself struggling at the back of the midfield, scoring just five points in the opening four races.

McCullough explained the reasons for that – a change in the regulations which hurt those with a low rake philosophy – and how they overcame it to put in some strong results including a podium finish in Baku and another in Hungary, which was later taken away because of a fuel irregularity.

“It is a well-known fact that we started the season on the back foot, as a result of regulatory changes that had affected the aero performance of low-rake cars more adversely than high-rake cars. Our car is a low-rake car,” explained McCullough.

“Mercedes’ low-rake car was similarly disadvantaged, but, because it had been the class of the field in 2020, it fell back fewer places than our car did as we had been competing at the front of a very competitive midfield last year.

“At the beginning of this year we therefore slipped towards the back of that very competitive midfield, but, as I say, that was the result of the regulatory changes.

“Since then, though, I want to acknowledge the tremendous amount of very hard work that has been done by our colleagues in aero, design and manufacturing, who have tirelessly clawed back that performance deficit, inventing and making aero updates that we appraised first in CFD [computational fluid dynamics], then tested in the windtunnel, then, finally, manufactured and fitted to our race car.”

McCullough says the team has made changes to almost every visible surface of its car as it’s tried to claw back the performance it lost.

“It was and is a more or less never-ending process of iterative development, and, as a result, there is almost no externally visible part of our car that has not been improved in some way between Bahrain and Silverstone. Or, to put it another way, if a part of our car is licked by the wind, we have probably updated it at some point over the past four months.

“It is working. We know that our car is still not the fastest, but it is now closer in performance to the cars of our principal rivals than it was at the beginning of the season, and that is the result of a carefully managed programme of aero improvement that has necessarily involved trial and error but has also delivered real results.”