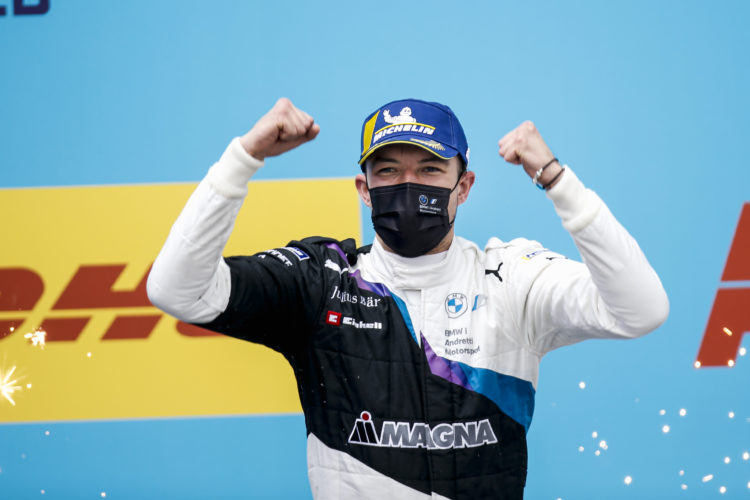 Andretti Autosport has confirmed that two-time race winner Jake Dennis will remain with the Formula E squad for the 2021/22 season.

Dennis made his Formula E debut with the BMW works outfit this year and heads into the season finale in Berlin in fourth place in the Drivers’ Standings, just 15 points shy of leader Nyck de Vries.

“I’m just super excited, and honoured really, to be staying with Andretti for Season 8 of Formula E,” said Dennis. “It was my goal to obviously always stay with the team, and I think they had the same intentions after such a strong year. I’m looking forward to investing further on with them into the future and hopefully many great results will come our way.”

There were fears over the future of the team after BMW pulled its support, but Andretti Autosport will continue to run as an independent with the continued use of the BMW developed powertrain.

“As a founding team of Formula E, we’re as committed as ever to the Series, and everything it stands for. Our participation in Formula E supports our goal of offering exciting racing, in all of its forms, to fans,” added Andretti Formula E head Michael Andretti.

“Season 8 will look different for us as we return to an independent team but announcing Jake’s continuation will provide strong continuity and is just the first step in building out a new and exciting direction. We’re excited to welcome back a great deal of the staff and crew, while continuing to give our global fans a place to call home. We look forward to many more seasons of wheel-to-wheel racing and a future of electric mobility.”

The identity of its second driver has yet to be confirmed, though Maximilian Gunther has also impressed this year with a victory of his own, though he sits a lowly 15th in the standings on 62 points.