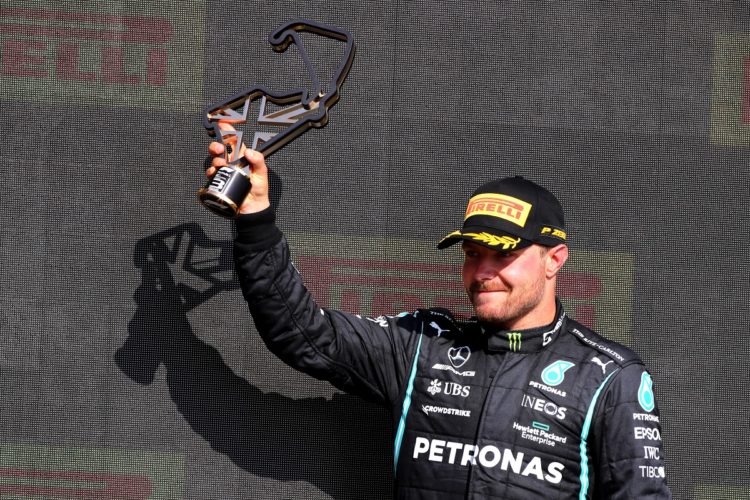 Two-time Formula 1 world champion Mika Hakkinen believes Valtteri Bottas deserves more recognition for his strengths at Mercedes, rather than being criticised for his performances.

Bottas joined Mercedes in 2017 as Nico Rosberg’s replacement but has been dominated by team-mate Lewis Hamilton, who has won the world championship every year since Bottas’ arrival.

Bottas has taken nine grand prix wins across the last five and a half years, while Hamilton has taken 46 in the same time period.

With his contract expiring at the end of the season, Bottas has been heavily linked with a departure from the team, with Williams’ George Russell touted as his replacement.

Hakkinen says it is easy to downsize a driver when he is competing alongside a champion, believing criticism of Bottas has often been ‘unfair’.

“I am fascinated by what it takes to be successful in Formula 1,” Hakkinen told Motorsport.es. “It is one of the reasons why I follow the championship so closely.

“So when I see some of the unfair comments about Valtteri Bottas, it is worth giving some perspective based on my own experience.

“I know what it’s like to face the best driver of a generation – in my case, Ayrton Senna – and to have worked with very competitive team-mates throughout my career. From Johnny Herbert to Martin Brundle, to Mark Blundell, Nigel Mansell and, of course, David Coulthard.

“None of them were slow. They were all very fast, committed and capable Formula 1 drivers.

“It is very easy to talk about someone who is a world champion, who always wins, and then criticise his team-mate. It’s an easy comparison, but one that forgets the big picture of what it’s like to be one half of a championship-winning team. I won two world titles in part because ‘DC’ was a very strong team-mate.

“Only one team-mate can win the world championship, and to do this he usually has to win more races than the others, which includes beating the one who shares a garage with him. When you’re both in the same car, that battle is never easy. As a world champion, you inevitably build the team around you, leaving your partner with a lot more work to do.”

Hakkinen, who has worked closely with Bottas to steer his career, added that his compatriot never lifted his foot off the development pedal since moving to Mercedes in 2017.

“Since moving from Williams to Mercedes, I know that Valtteri has never stopped pushing, learning and developing as a driver,” Hakkinen said. “He landed nine podiums with Williams and helped them to third place in the Constructors’ World Championship for two years in a row, but he also realised that Mercedes was at a totally different level. It was a very different challenge.

“As Lewis’s team-mate, he has the most formidable competitor at his side. It was amazing to see the calm, control and determination that Valtteri has maintained, how hard he has kept working despite the challenge, and the easy criticism. He just focuses on attacking every weekend with all the strength he can, giving his best for the team.

“There is a popular myth that winning grand prizes is easy when you have the best car. That just shows that the challenge is not understood.

“There is nothing easy about winning in F1, be it 20 races for me or nine grands prix for Valtteri. It is even more difficult when you have a multiple world champion by your side in the garage. It is one of the reasons why I am sure Valtteri deserves more recognition for the work he has done.”