Binotto backs Hamilton but is rooting for Verstappen in title fight 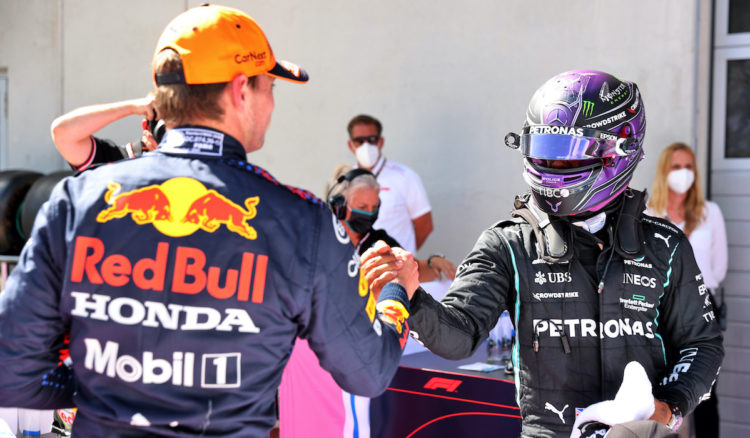 Ferrari team boss Mattia Binotto believes Lewis Hamilton and Mercedes will add to their trophy cabinet this season, with the Italian backing the duo to succeed in winning both championships again this year.

That would see Hamilton become the most decorated Formula 1 driver in history, surpassing Michael Schumacher’s tally of seven championship titles.

However Binotto is rooting for Hamilton’s rival, Max Verstappen, to stop that from happening.

“It’s an exciting challenge between two great drivers and I hope they fight to the end,” he told Italy’s Gazzetta.

“If I had to bet, I’d bet on Lewis, because I think Mercedes will win in the end. But I’m rooting for Max. It would do the sport good to break the status quo.”

Turning his attention to his own team and drivers, Binotto believes Ferrari have the strongest driver line-up in the sport following their recent hiring of Carlos Sainz, who has proven a match for Charles Leclerc, as he leads the Monegasque racer by three points with two podiums to Leclerc’s one.

“I am convinced that with Leclerc and Sainz we have the best duo in F1,” he added. “They are talented, fast and young, a guarantee for the future.

“We know Charles, he grew up in our nursery, we have no doubt about his abilities. Without the accidents in qualifying in Monte Carlo and at the start of Hungary, in which he was also unlucky, he would have an extra victory and second place. He is growing in the vision of racing and in tyre management.

“Carlos didn’t surprise me. Before taking him, we analysed his characteristics: he is solid, he brings points to the team and he is lucid in communicating with the engineers. He is integrating and understanding the car better and better.”