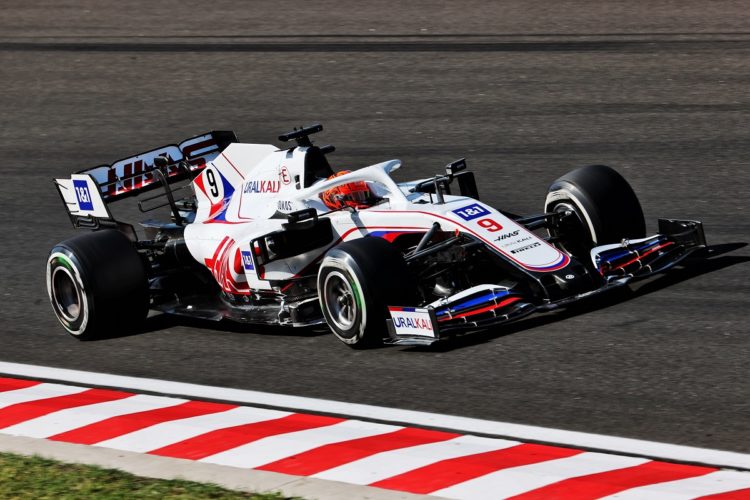 With the track surface drying ahead of the race restart following a red flag period, all remaining drivers in the race bar Lewis Hamilton pitted for slick tyres at the end of the formation lap.

In the busy pit lane, Mazepin was hit by Alfa Romeo’s Kimi Raikkonen after the Finn was prematurely released from his pit box – the team stated a light issue, which falsely signalled to Raikkonen it was safe to exit, was to blame.

Mazepin was forced to retire from the race with a broken suspension, leaving him ruing a potential missed opportunity in the grand prix.

“It’s just really annoying, that was one race I really wanted to be in,” Mazepin said.

“Not only for me, but this race offered a lot of opportunities and my team does really need those opportunities.

“It’s just a shame that other teams make mistakes and send cars out. It was obvious – I need to double-stack, I’m not able to hold people up in the pit lane so I need to go somewhere.

“I was willing to go to my box and could not have turned in any later and Alfa just came out and took my tyre off.”

With a number of drivers eliminated on the opening lap, the race turned into a healthy circumstance for the usual non-point scorers.

“[It] could have been [a race of opportunities] but it’s not going to be,” Mazepin said.

“But I strongly believe that I have a long career in F1 and that’s seriously not the way I wanted to go into the summer break.

“To leave this weekend tired, with a sore body and a sore neck, a lack of laps, and a lack of result is very fucking annoying.”