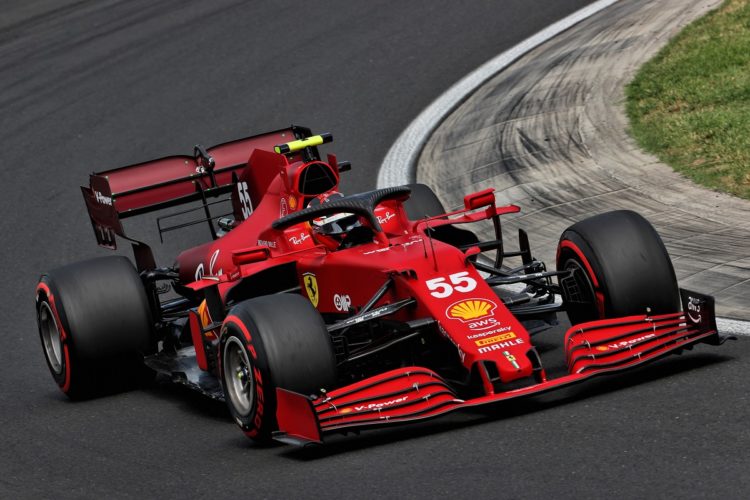 Sainz convinced his team to keep him out on the circuit longer than Nicholas Latifi and Yuki Tsunoda ahead, and after he was released into clean air when they pitted, he began to set faster lap times.

Following his pit stop, he emerged in contention for third place, but would eventually lose the position after being overtaken by Lewis Hamilton.

However, a post-race disqualification for Sebastian Vettel pushed Sainz back up to third in the final classification.

Binotto says the combined factors of the engineer’s data and the driver’s knowledge of being inside the car displayed the robust operative nature of Ferrari.

“These are both conclusions that we are reaching together,” Binotto said.

“So it’s our way of approaching, having an open discussion on the radio, making sure that in certain conditions we are reaching the right conclusion.

“I think we always had good strategies, which have been applied as not only thanks to the strategist but thanks to the contribution of the drivers which are the ones driving the car and knowing the conditions around the track.

“I don’t think it’s a misjudgement because the final call has been done by the strategist. So the driver has suggested what was his impression being there, we review our evaluations, we concluded that was the right choice.

“So, overall, [I’m] happy [with] the way that this communication is working. And again, that’s showing how the team is very properly working.”

Sainz, who joined Ferrari at the start of the year, added that the conversation between himself and the team is a sign that the two are continuing to get stronger together.

“I think it’s a natural progression of my learning process and understanding with the team,” Sainz said. “I think at that point neither the team nor I expected to be so fast on the overcut that I did to these two drivers.

“And I was just very keen on transmitting to them by doing an extra lap, I was going to be very quick.

“We overcut the two guys by doing very good pace so [I’m] happy that we keep learning together.

“This is the kind of thing that the more races [I have] with the team, we are just going to become stronger, and it’s going to be easier to perform at a higher level once we get to know each other better.”