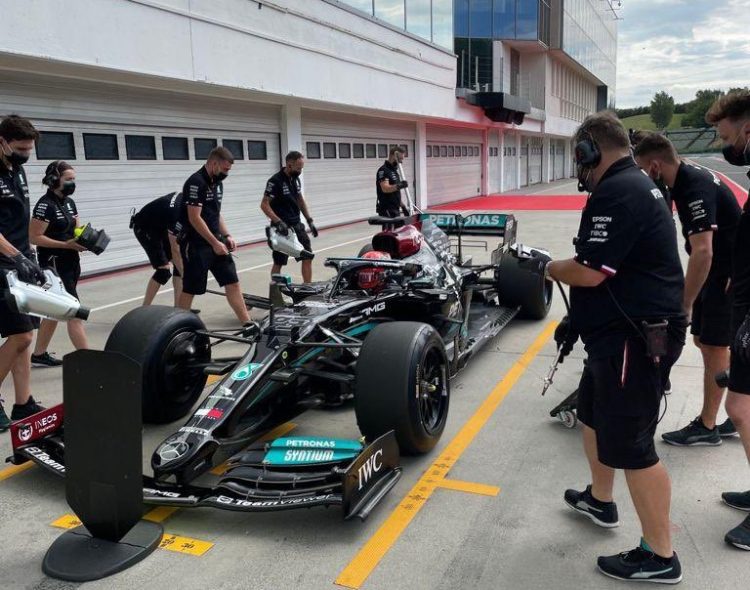 Pirelli opened its latest two-day 18-inch tyre test at the Hungaroring on Tuesday which saw three teams in action, including Mercedes with its junior driver George Russell behind the wheel.

Russell compiled 66 laps in the morning session before setting another 71 in the afternoon.

Ferrari was also present at the test, with both Charles Leclerc and Carlos Sainz driving. Leclerc completed 91 laps in the morning, before Sainz set 82 in the afternoon session.

McLaren also fielded a car to assist Pirelli with its evaluation of the 18-inch tyres. Lando Norris was the sole driver for the Woking-based team, tallying 122 laps throughout the day – team-mate Daniel Ricciardo will test on Wednesday.

Formula 1 will run with 18-inch tyres next year, which are part of a wider range of new technical regulations.

The 18-inch tyres have been used in Formula 2 since 2020 and were originally scheduled to debut in F1 this year before the pandemic delayed their introduction.

The Hungaroring test will conclude on Wednesday, which will complete Pirelli’s assessment of the dry weather 18-inch tyres.

One more outing is scheduled this year at Magny-Cours on September 15 – 16, which is set to be a wet tyre test.