Verstappen ‘had less downforce than Schumacher’ after clash 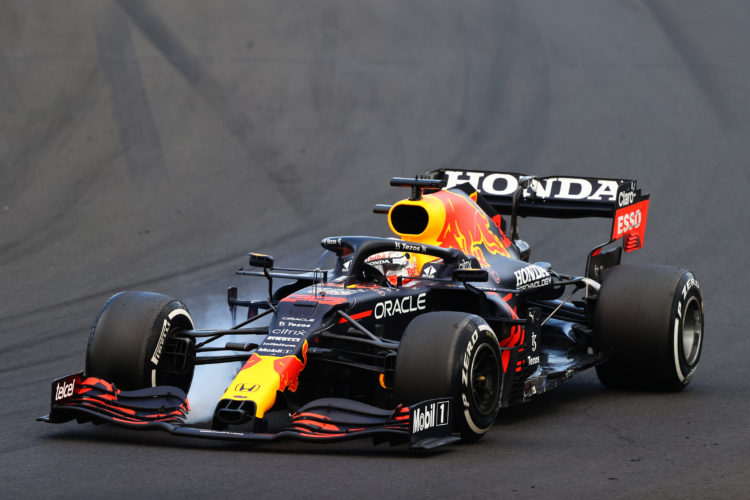 The damage to Max Verstappen’s Red Bull RB16B was such that “Mick Schumacher had more downforce” in Hungary, according to team boss Christian Horner.

Verstappen held second on the run to Turn 1 but suffered a heavy side-on impact from Lando Norris, with the McLaren driver having been pushed into his path by Valtteri Bottas.

Verstappen was able to continue in the race but tumbled down the order.

His RB16B sustained sizeable damage, most notably to the bargeboard and floor, hampering his performance across the rest of the race.

Verstappen went on to finish 10th but was promoted to ninth post-race due to Sebastian Vettel’s disqualification.

“[Verstappen] drove his heart out, earned one point, that could be crucial at the end of the year.

“Thankfully Mercedes made a howler strategically today, Fernando Alonso looked like he was driving for Red Bull as well, so the damage was limited compared to what it could have been.”

Horner expressed frustration at the outcome but vowed that Red Bull will bounce back after Formula 1’s summer break.

“We’ve won six races in the first half of the year,” Horner said.

“I think the whole team deserves a well-earned break, and believe you me we’ll come out fighting in the second half of the championship, so it’s going to be interesting.”