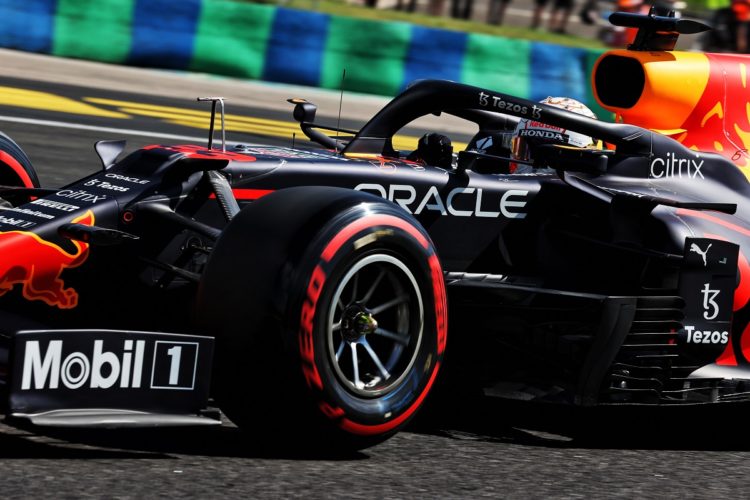 Max Verstappen’s Red Bull RB16 has been equipped with a new power unit ahead of the Hungarian Grand Prix after Honda discovered issues with the previous component after qualifying.

At the British Grand Prix, Verstappen was involved in a heavy collision with the barriers on the opening lap of the race, suffering a 51G impact.

Honda inspected the power unit after the race, before opting to run it during FP1 in Hungary, where evaluated its potential for the remainder of the weekend.

After Friday practice, the unit received the all-clear, however the Japanese manufacturer has now reversed its decision following further checks on Saturday.

As the swap still falls within the permitted number of components that can be used penalty-free throughout a season, Verstappen has not been handed a grid drop.

The Dutchman has also not violated parc ferme conditions, as the power unit that has been swapped in is the same spec as the one that was taken out of the car.

The FIA has outlined that Verstappen’s car has been equpped with a new ICE, Turbocharger, MGU-K, MGU-H and a new exhaust system.

“During post-qualifying checks we noticed something on Max’s PU which might have developed over the course of the weekend, likely to be an after-effect of the Silverstone crash,” read a statement from Honda.

“We have therefore changed it for a new PU of the same specification. According to the regulations, Max is allowed to start from his third position on the grid with no penalty incurred.”

Verstappen, who currently leads the world championship, will start Sunday’s race from third on the grid, behind the Mercedes duo of Lewis Hamilton and Valtteri Bottas.