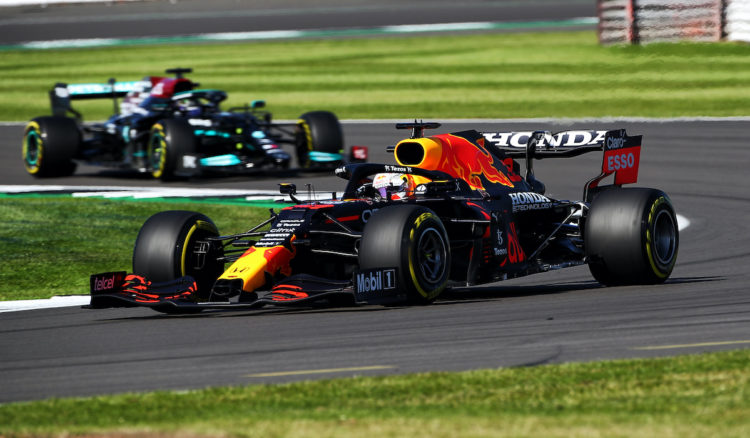 Red Bull’s right to review regarding Lewis Hamilton’s Silverstone penalty has been rejected by stewards.

Hamilton received a 10-second time penalty for colliding with Max Verstappen at Silverstone and went on to win the race.

Red Bull was unhappy with what it perceived as a lenient penalty and lodged a right of review, as permitted under the FIA’s International Sporting Code.

Red Bull and Mercedes were summoned to the stewards on Thursday at the Hungaroring, venue for the Hungarian Grand Prix, where a meeting was held.

Stewards determined that Red Bull did not have any elements that were new or significant, and which were unavailable to stewards at the time of the original decision.

Red Bull presented four alleged new pieces of evidence – none of which moved the stewards to take the matter any further.

The four pieces presented were:

The fourth point is understood to have been undertaken by Albon, who holds the role of Red Bull’s test driver, during a filming day at Silverstone with its 2019-spec car.

Stewards outlined that “the slides in the competitor’s letter that were relied upon as New Evidence were not “discovered” but created for the purposes of submissions to support the Petition for Review.

“And they were created based on evidence that was available to the Competitor at the time of the decision (namely the GPS data).

“That clearly does not satisfy the requirements. For this reason, the Stewards dismiss the Petition for Review.”

However, intriguingly, an additional section was added to the stewards’ release regarding allegations made by Red Bull, though the details were not provided.

“The Stewards note, with some concern, certain allegations made in the Competitor’s above letter,” read the statement.

“Such allegations may or may not have been relevant to the Stewards if the Petition for Review had been granted.