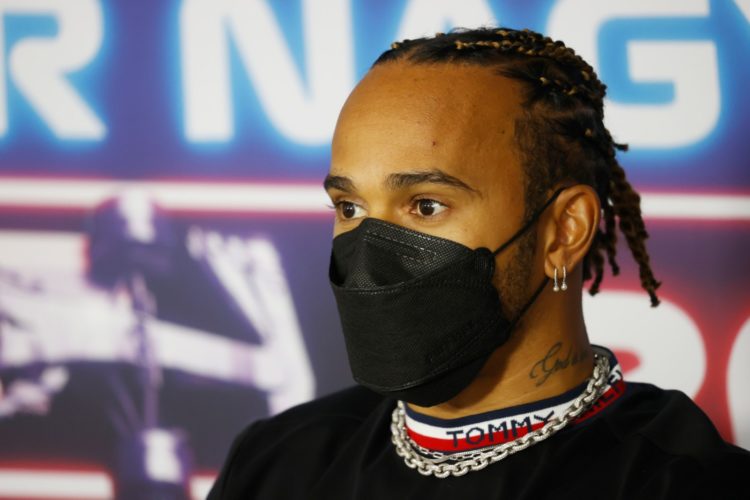 Lewis Hamilton has dismissed suggestions from Max Verstappen and Red Bull that he and Mercedes’ British Grand Prix celebrations were “disrespectful.”

Verstappen suffered a 51g impact following their clash, for which Hamilton was ruled predominantly to blame, and was hospitalised for precautionary checks.

Verstappen and Red Bull criticised the celebrations in the aftermath of the race and on Thursday the Dutchman reiterated his anger, suggesting it “shows how they really are” and that he “wouldn’t want to be seen like that.”

Hamilton, though, rejected such criticism.

“As I said at the last race I really was not aware,” he said. “I saw on the screen that he had got out of the car and he looked OK and I was told he was fine.

“I don’t believe our behaviour was disrespectful. I wasn’t aware. But its my home grand prix and we worked incredibly hard for God knows how long to get a result like that and what a monumental moment it was for us to experience the whole home crowd being there for the first time since last year was missed.

“Emotions were running high. It wasn’t an intentional celebration, it was just the joy of seeing so many people and so many people celebrating, being together. That’s the natural emotion.

“I’m not going to hide my emotions. It was an amazing feeling to see so many people.”