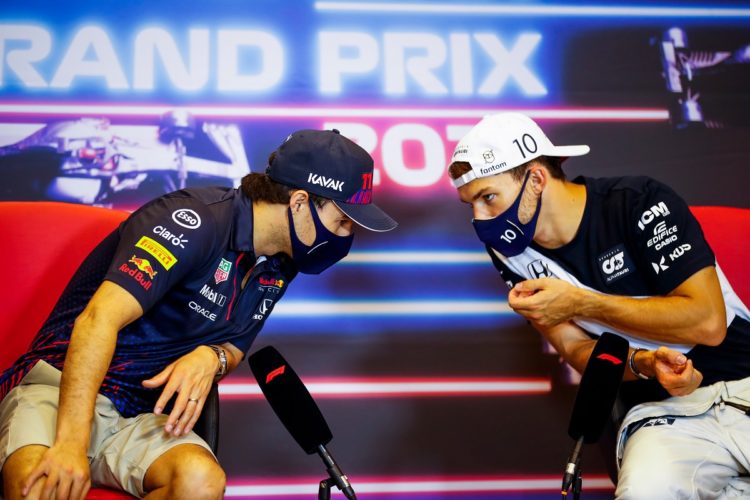 AlphaTauri’s Pierre Gasly says his 2022 plans within the Red Bull organisation depend on the performances of Sergio Perez at the senior team.

Gasly is currently signed to Red Bull’s sister team AlphaTauri, but has performed strongly since his mid-2019 demotion from the energy drink-backed team.

With Perez currently signed to a one-year contract, the Mexican is not yet sealed down to Red Bull for 2022.

Gasly, who has a multi-year deal in place with Red Bull, says he hopes to have answers over his future in the coming weeks.

“I think it’s pretty clear on my end, it’s in Red Bull’s hands,” Gasly said of his future.

“Max [Verstappen] is signed for next year in the top team, Sergio I think has a one-year contract, so we’ll see what happens there and then what we do going forward together.

“I’m obviously contracted with them for some more time and I’m pretty confident we should get some answers at some point in the summer break, or after the summer break.”

Gasly is the senior driver at AlphaTauri, as he is currently partnered with rookie Yuki Tsunoda.

The Frenchman outlined that Red Bull is keen to have a leader at AlphaTauri to help it progress forward through the pecking order.

“They want a leader in AlphaTauri to really push the team forward and bring this team up,” Gasly said.

“I think there is a great working relationship and a real will to push AlphaTauri forward. As a driver you always want to be in the best car and fighting for the best positions and that’s what we are discussing.

“Ultimately, on my side, I’m only focusing on performing weekend after weekend and race after race and show my potential.

“We are discussing a lot of things and I think generally it’s really positive. It’s always better when there’s communication and when things are going well, but at the moment there is no more answer than that. But I expect some more news over the next few weeks.”