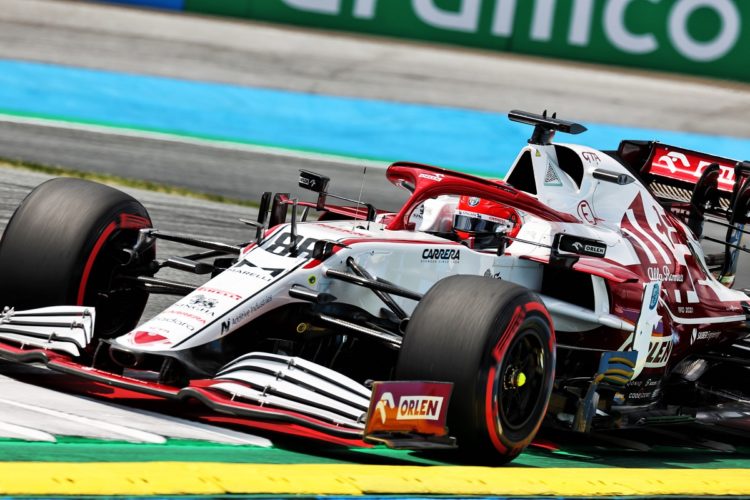 Robert Kubica will take part in his third free practice session of the 2021 campaign this weekend in Hungary with Alfa Romeo.

The Polish driver will step into Kimi Raikkonen’s car for the opening practice session in Budapest.

The drive comes as part of Kubica’s reserve role with the team and adds to his outings in Spain and Styria earlier this year.

Get the best odds for this weekend’s Hungarian Grand Prix and a Karamba Bonus Code here.

“It’s always great to be back in the car, especially so in Budapest which is the closest race to Poland on the calendar,” Kubica said.

“There are always a lot of Polish fans on the stands and I know there will be a lot of flags to welcome me when I head of out the garage on Friday.

“Of course, once you’re in the car, the focus is on doing the best possible job for the team and on helping our engineers with the set-up of the car.

“The margins are really small in the midfield so every improvement can be crucial.”

In 2017, Budapest was the scene of Kubica’s first official F1 outing since his rally crash in 2011, which disrupted his F1 career and left him with significant injuries.

At the post-Hungarian Grand Prix in-season test, Kubica was granted a test outing with Renault, before going on to join Williams as its reserve driver in 2018 and its full-time driver in 2019.

With Hungary being a race close to Poland, Alfa Romeo has outlined it is “going the extra mile to deliver a special experience to all fans” attending the race.

This includes a dedicated Team Booth, placed in the silver Fan Zone, which will feature the team’s car and race equipment, as well as a programme of virtual fan meet & greet sessions.