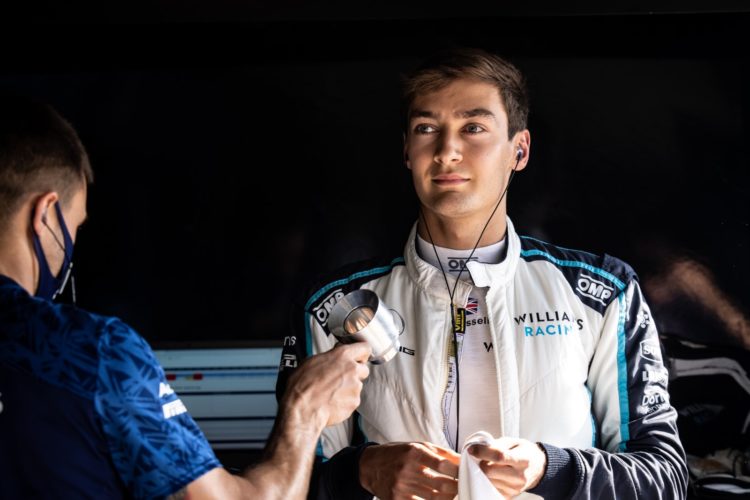 George Russell says Williams is “the ninth-quickest team” on paper and is surprised at the level of competitiveness the FW43B has shown in qualifying.

Williams has yet to score a point in Formula 1 this season, with Russell taking a best of 11th at the Austrian Grand Prix, while team-mate Nicholas Latifi has also yet to break into the top 10.

Russell has made it through Q1 at each of the 10 grands prix held so far, and at the most recent two events has progressed into the top 10 shootout.

Russell qualified ninth at the Red Bull Ring before going one better at Silverstone by placing eighth, within two-tenths of a second of fourth spot.

“It’s always a bit disappointing when we go backwards on a Sunday but ultimately it’s because we keep out-qualifying the true pace of the car, and how we keep doing that I don’t know,” he said.

“To battle with Aston Martin, Alfa Romeo, AlphaTauri, makes it so, so difficult.

“We seem for whatever reason to have made a step forward but we’re still on paper ninth-quickest team.

“When you’re qualifying P8 and you have eight faster cars behind you, and [they are] substantially faster in race trim, it makes it tricky.”

Russell finished Sprint at Silverstone in ninth position but was handed a three-place penalty for a first-lap clash with Ferrari’s Carlos Sainz.

He went on to finish the main grand prix in 12th spot.