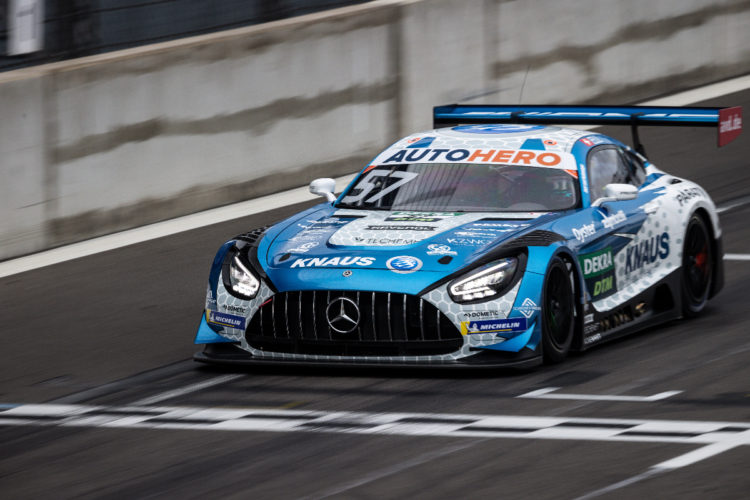 Philip Ellis has taken pole position for the Sunday DTM race at the Lausitzring, a day after taking his maiden race win in the series.

Ellis set the quickest lap in the session with a 1m 30.292 in his Team Winward Mercedes-AMG GT3 Evo.

Behind them, Kelvin van der Linde took fourth palce, with the top five rounded out by Rowe Racing’s Timo Glock.

Lucas Auer was sixth, with Sheldon van der Linde seventh and Daniel Juncadella currently in eighth position, although the Spaniard is under investigation for impeding another driver.

Arjun Maini briefly held the fastest time in his Team GetSpeed Mercedes, although ultimately had to settle for ninth place, with Mike Rockenfeller rounding out the top ten for Team Abt Sportsline.

One driver failed to set a time: Sophia Floersch, who continues to struggle with reliability issues on her Audi R8 LMS GT3 Evo.