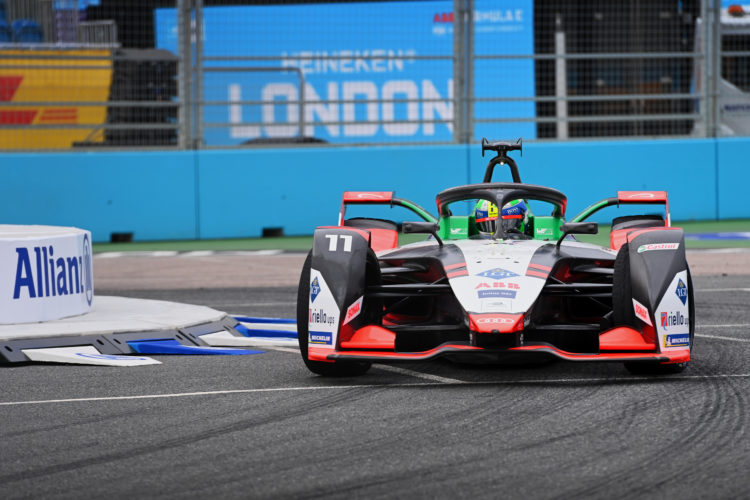 Lucas di Grassi has laid down the benchmark ahead of Qualifying, going two tenths clear at the top of the timing sheets.

Yesterday’s race winner Jake Dennis locked in the second fastest time ahead of compatriot Oliver Rowland as the top 19 drivers were all within a second of the leading time.

Track conditions had changed once more from yesterday’s wet FP2 to dry and cold track temperatures.

As a result, there were lockups galore from Sebastien Buemi, who disqualified from the previous day’s race for energy overuse, DS Techeetah’s Jean-Eric Vergne and Dragon/Penske Autosport’s Joel Eriksson down at Turn 1.

Sergio Sette Camara initially led the way with a 1:22.675 before Round 13 pole-sitter Alex Lynn pipped him by less than a tenth.

Heading into the halfway point of the 45 minute session, Envision Virgin’s Robin Frijns held the fastest time of a 1:20.875, three tenths clear of Pascal Wehrlein.

Eventually, it was di Grassi’s Audi Sport ABT Schaeffler that went quickest with a 1:20.001 to head Dennis and Rowland.

Jaguar will be hoping to translate their pace into Qualifying, as championship leader Sam Bird finished the session in fifth. His teammate Mitch Evans was seventh, narrowly behind Porsche’s Andre Lotterer.

Continuing to prove that the Dragon/Penske’s have the speed, but not necessarily the race pace was Sette Camara, who finished the session in eighth ahead of Maximilian Guenther.

Nick Cassidy rounded out the top 10 for Envision Virgin as both Wehrlein and Vergne closed the session in 11th and 12th, respectively.

Another difficult day could be on the cards for some of the main championship contenders as reigning championship Antonio Felix da Costa could only manage 13th place, just outpacing ROKiT Venturi’s Edoardo Mortara and Frijns. 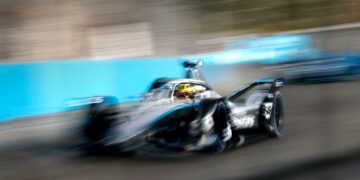