Ferrari ‘shouldn’t get carried away’ with Silverstone performance – Leclerc 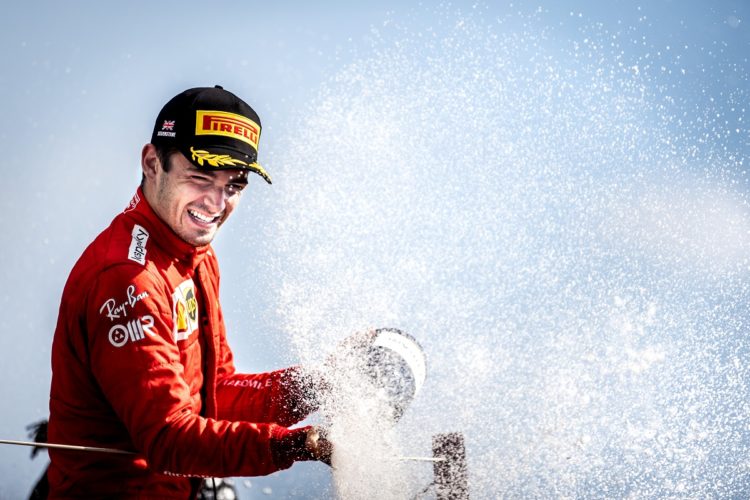 Charles Leclerc has asserted that Ferrari shouldn’t expect to repeat its strong British Grand Prix performance throughout the remainder of the 2021 season.

After a crash between Max Verstappen and Lewis Hamilton on the opening lap last Sunday, Leclerc took the lead of the race.

He remained out in front until lap 50, before a resurging Hamilton, who picked up a 10-second time penalty for the first lap incident, soared past him for the victory.

The pace of the SF21 car was a stark contrast to its performance in France last month, where both Leclerc and team-mate Carlos Sainz dramatically dropped down the order during the grand prix.

“Yes it is incredible, on the other hand, we shouldn’t get carried away,” Leclerc told Sky F1 of Ferrari’s Silverstone display.

“Even as a team we don’t fully understand yet what happened at Paul Ricard and this is our main focus at the moment.

“Even though we had a very good day today we are not forgetting what happened in Paul Ricard. We are still investigating it, we are still trying to understand 100 per cent of that issue and when we understand, it will make us a much stronger team.

“We need to reproduce this type of performance as whenever we are at our peak, we can fight for great things. It just felt good to be fighting again for the lead, just frustrated to lose the win towards the end.”

Leclerc held out hope that he could take his first grand prix win in almost two years while leading at Silverstone, but conceded it was only a “matter of time” when he was informed of Hamilton’s pace.

“I am extremely happy with what we’ve shown,” Leclerc said.

“We didn’t think that we had a car to fight where we fought, especially with all the problems we had in the first stint that carried on a little bit for the race with these engine cuts.

“On the Hards, we were a little bit less competitive compared to Mercedes and whenever I heard the pace of Lewis I was like ‘it’s just a matter of time’ until he comes back to me.

“I still had the hope that I could keep him behind but the difference of pace was just too big.”