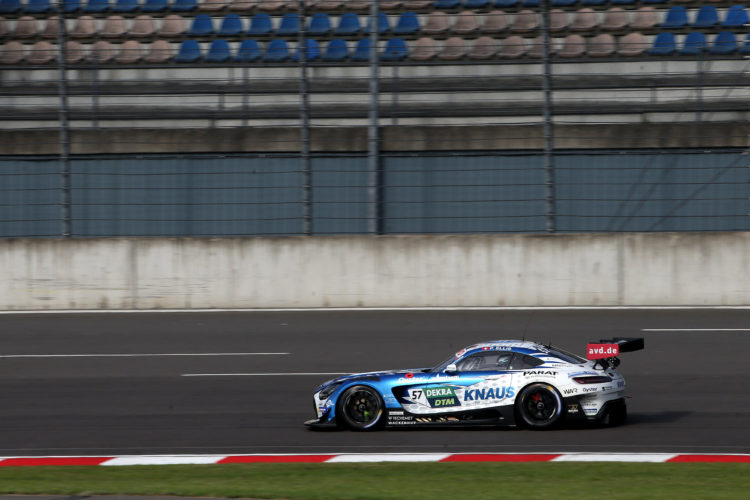 Phillip Ellis has taken his first victory in DTM, charging up from ninth on the grid in a race of attrition to beat Liam Lawson to the flag.

The Swiss driver started in the midfield but quickly made his way up the grid and put himself in podium position after a safety car, caused by a crash for T3 Motorsport’s Esmee Hawkey.

Ellis remained behind the South African after the pitstops but steadily began closing the gap, eventually passing Van der Linde at turn one, going on to take his maiden win.

In order to win, Ellis did have to fend off Monza race winner Liam Lawson, who also overtook Van der Linde and put pressure on the Mercedes, but eventually had to settle for second.

Maxi Buhk completed the top ten, ahead of Timo Glock, Dev Gore and Nico Müller, who was the last car still running on track.

Numerous drivers retired from the race with mechanical issues, as Arjun Maini, Vincent Abril, Daniel Juncadella, Maxi Götz and Sophia Floersch all retiring in addition to Esmee Hawkey, who crashed on the second lap of the race.