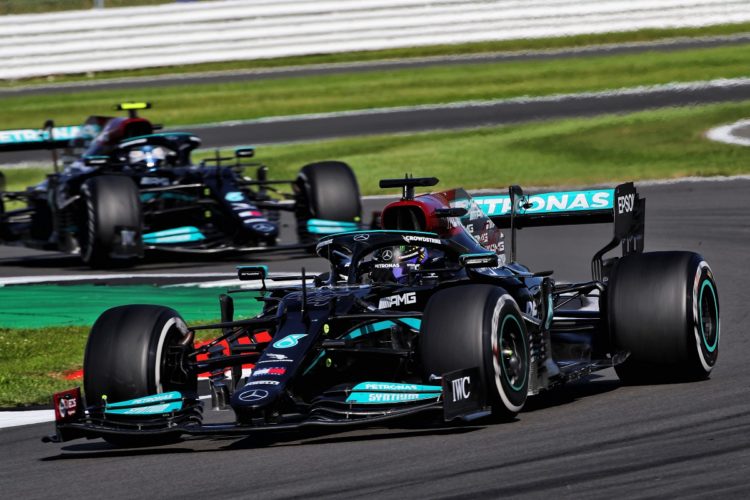 Mercedes says it was “hugely reassured” by its performance level at Silverstone after clawing back ground to Red Bull in Formula 1’s title battle.

Mercedes had not topped qualifying or recorded a victory since the fourth round of the season in Spain, and brought updates to its W12, in spite of previous claims that it was fully focused on 2022.

Lewis Hamilton edged Max Verstappen by just 0.075s to top qualifying but their positions were reversed at the start of Sprint, which Verstappen went on to win.

Red Bull failed to score in the grand prix and as a result Mercedes is now only four points behind its opponent.

“And what was quite frightening was if we didn’t perform well here we’d have to have a long hard look at ourselves.

“We were absolutely desperate to see the car perform well, and the team perform well, so it’s hugely reassuring to be able to demonstrate we’re still in the fight for the championship.”

Shovlin believes Mercedes’ pace at Silverstone was a combination of the circuit characteristics and the updated components.

“I don’t want to go into absolute numbers [on the gains] but it was quite extensive in terms of front and rear cake tins, all the area around the bargeboards, floor, so quite a significant amount of work on the car,” he said.

“We had struggled at recent races – circuits historically we’ve found quite difficult, certainly in recent years.

“But the pace at Silverstone was a combination of two things: one is we’re getting the car back on a circuit where it works well, and we’ve also made a nice step in terms of aerodynamic performance, and together that’s why we could take pole position.”