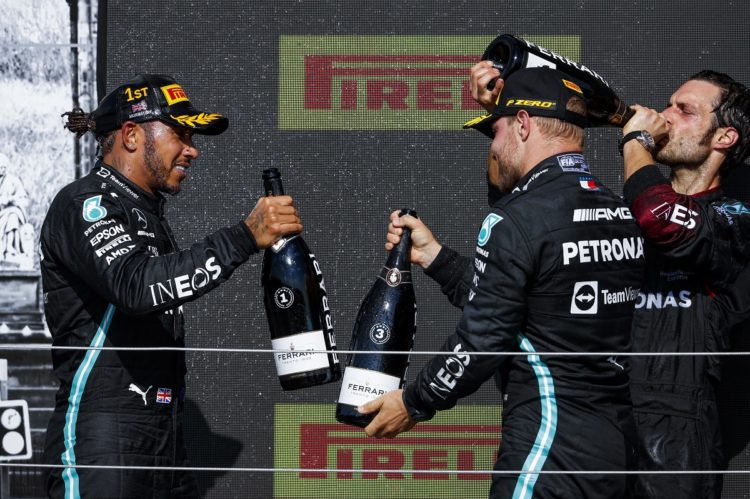 Verstappen, who was cleared from the hospital on Sunday night, stated on social media that the celebrations were “disrespectful and unsportsmanlike”.

Horner doubled down on his viewpoint and refuted that Verstappen was aggressive in his fight to retain the lead of the race.

“I am still disappointed about the level of celebrations enjoyed in the wake of the accident,” Horner wrote in his post-race column.

“The Mercedes team were aware of the gravity of the crash with Max widely reported as having been hospitalised and requiring further checks.

“At the point in time when you have a driver in hospital and the extent of any injuries have not yet been made clear, your car has been written off and the stewards have penalised the driver seen to be responsible, it is natural that emotion comes into play, for all involved, whether you feel wronged or victorious.

“I also felt the narrative that Max was being ‘overly aggressive’ at that stage was unjustified.

“You only have to look at the fact Max has zero penalty points on his licence and has not been found guilty of any on-track misjudgements in recent years.

“Both drivers are of course uncompromising in their driving style, but they are both highly skilled drivers with a great deal of experience.

“The reality is that Hamilton has met his match in a car that is now competitive, and I agree that both drivers need to show each other respect, but Hamilton was the aggressor on Sunday.”

Horner also revealed that the crash worked out at an expense of $1.8 million for Red Bull.