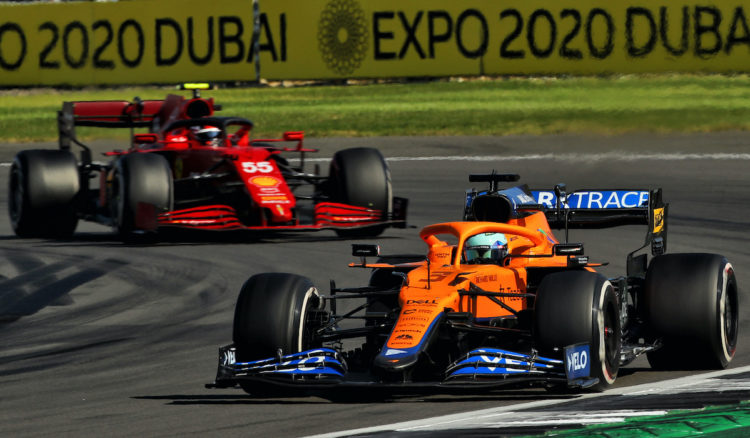 McLaren is set to bring updates to its MCL35M at next weekend’s Hungarian Grand Prix as it bids to stay ahead in its ongoing scrap with Ferrari.

The two operations have been locked in a close battle for third in the standings throughout the 2021 campaign.

McLaren has shown a more consistent performance while Ferrari has had higher peaks, most notably taking two pole positions, prior to Charles Leclerc leading 49 of 52 laps at Silverstone.

Ferrari picked up 26 points at Silverstone – its highest single-race tally of 2021 – but McLaren limited the damage courtesy of Lando Norris and Daniel Ricciardo classifying fourth and fifth respectively.

McLaren’s return of 22 points ensured it preserved third place, with a reduced gap of 15 points, and is planning to bring modifications to its car for the next round in Hungary.

“It will be a very tense battle until the end of the season.

“We’re bringing some upgrades to our car for Hungary to make sure it will compete so it’s great for us that we are in P3 in the constructors’ championship, after 10 races now 163 points is again it’s a big step forward for us compared to last year so very happy with that.”

Seidl also expressed encouragement at the manner in which McLaren has pulled clear of the rest of its midfield opponents in 2021.

Last year McLaren only secured third in the standings at the final round after a season-long battle against Racing Point and Renault.

“Looking at ourselves, the positives, we see again the gap we had to Mercedes and Red Bull was again much smaller than last year, a good step forward again,” he said.

“It was also good to see that there is a bit of a gap opening up compared to the teams behind, us and Ferrari, which yeah shows the progress we are making with the car also in the season.”