Horner: Stewards should be ‘locked away from lobbying bosses’ 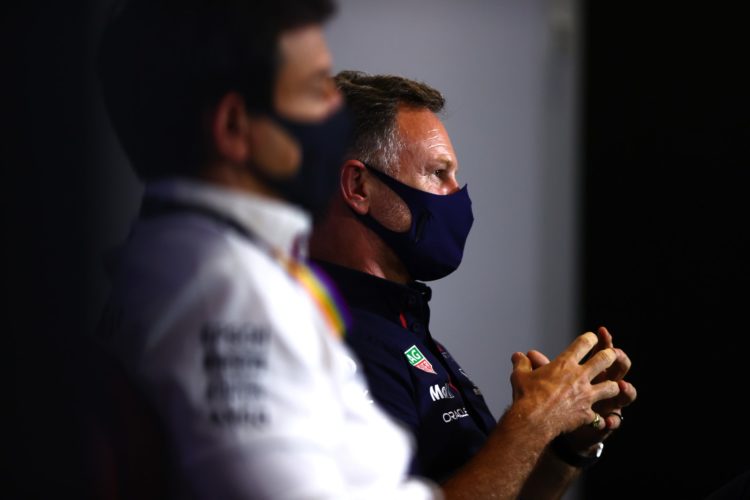 There was extensive radio chatter between the FIA and senior figures from Mercedes and Red Bull at Silverstone in the aftermath of the clash involving Lewis Hamilton and Max Verstappen.

“I saw Toto, who was lobbying the stewards, which I heard he was going there so I went there to make sure our view was represented,” said Horner after the race.

“I don’t think it’s right that team principals go up there to lobby the stewards.

“They should be locked away so they’re not influenced and for me that was unacceptable that he had gone up there to lobby the stewards.

“I wanted to make sure there was a balanced opinion given, rather than trying to influence pressure on the stewards to make a menial sentence.

“I don’t think anyone should be allowed to see the stewards during the course of a grand prix.”

Wolff offered his perspective, explaining that “I was told that there was a rant on the radio to Michael about all the badness in the world, and then I went up and gave my opinion. I’ve been to the stewards many times.”

Masi outlined that he has no problem with senior figures opting to talk to stewards.

“If we have an incident after the race we invite the teams and the drivers to come and appear before the stewards,” he said. “And that’s one of the elements the stewards have.

“We had Monza last year when Lewis went and spoke to the stewards to understand [the situation] and look at the whole picture. So there’s no reason not to.”