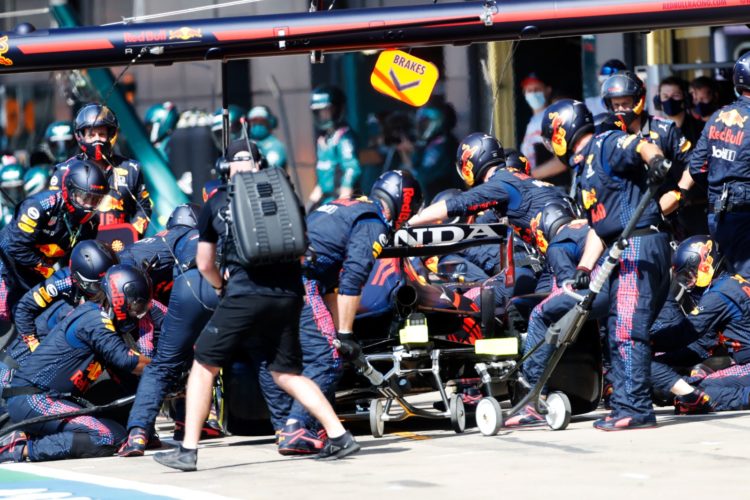 Red Bull managed to prevent Lewis Hamilton from taking the maximum 26 points on offer on Sunday by removing Sergio Perez from the top 10 late on.

Perez recovered from the back of the grid by running a two-stop strategy and was promoted into the points when Pierre Gasly pitted due to a puncture.

But Red Bull opted to pit him for a third time, taking on fresh tyres, in order to go for the fastest lap.

Perez succeeded in his task but did not pick up the extra point for fastest lap on account of classifying down in 16th position.

However it removed the accolade from Hamilton, who at that stage was set for fastest lap, and who went on to pass Charles Leclerc for victory.

If a driver outside of the top 10 sets the fastest lap the point is not redistributed.

It meant that while Perez missed out on a point, a likely point was taken off Hamilton’s tally, leaving the gap between the title front-runners eight rather than seven points, still in Max Verstappen’s favour.

Red Bull’s decision did not affect the Constructors’ Championship, as both Perez and Hamilton missed out on a potential point.

Red Bull leads Mercedes by four points in the standings.

“I’m very disappointed with my weekend and my performance,” said Perez. “I wasn’t able to make as much progress as expected and found myself in a very difficult position with the tyres.

“As soon as we were in the DRS train it was impossible to overtake people. I think P7 was possible, with a couple more laps I think I could have got Lance [Stroll] and Fernando [Alonso] but in the end for strategic reasons we decided to stop to take the fastest lap.”