Leclerc believed in win ‘until the very last moment’ 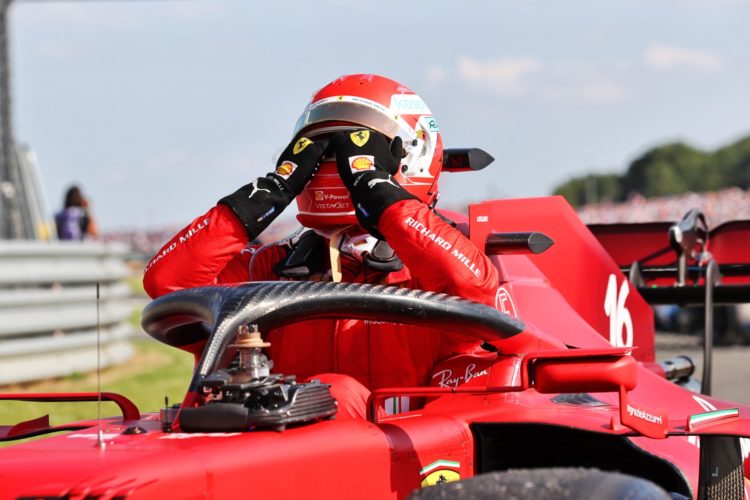 Charles Leclerc says he was “pushing 200 per cent” and believed he could hang on to victory at Formula 1’s British Grand Prix “until the very last moment.”

Leclerc started fourth on the grid but passed Valtteri Bottas off the line and picked his way through to the lead when Lewis Hamilton and Max Verstappen collided.

Leclerc retained the lead at the restarted race and remained at the front of the pack through the pit stop phase, with Hamilton dropping to fourth after serving a time penalty.

Hamilton reeled in Leclerc through the final stint and passed the Ferrari driver for the lead through Copse with just three of the 52 laps left.

“Until then I still believed I could win this race, and it’s the way it should be,” said Leclerc.

“If I was thinking of being second before that, I think it will have gone even worse. I believed in it until the very last moment.

“Obviously I had my engineer telling me Lewis’ pace on the hard tyres, and I was like ‘that’s quick’.

“I was pushing 200 per cent but obviously it wasn’t good enough to keep that first position in the last laps.”

Leclerc’s runner-up position was nonetheless his first podium since last year’s British Grand Prix, and the closest Ferrari has come to ending its victory drought, which stretches back to September 2019.

“Obviously going into this weekend there was absolutely no hope of fighting for a win here in Silverstone. This shows how great a job we are doing as a team.

“We are working extremely well as a team and we have shown that with this second place.

“Now we need to keep on working because that’s what we want to do consistently: fight for the win.

“It’s great to be fighting with Lewis but we shouldn’t expect to be in that position for the rest of the year – and for that we need to keep working.”