Norris: Ferrari too fast for McLaren at Silverstone 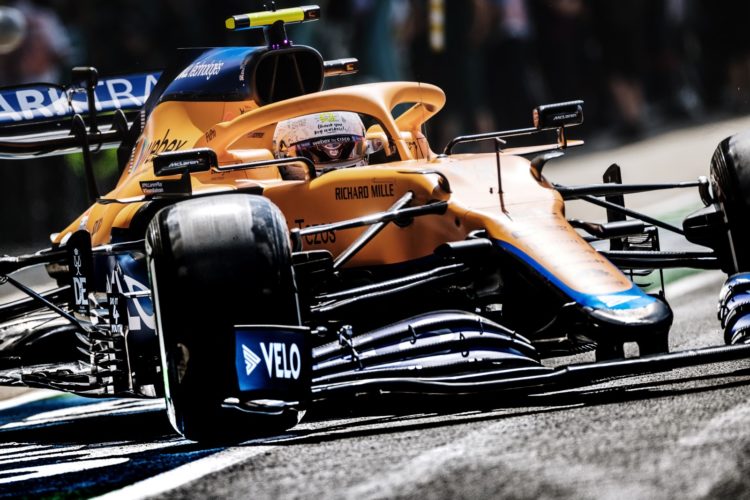 Lando Norris believes McLaren has the fourth-fastest package at Silverstone, with perennial 2021 rivals Ferrari likely out of reach.

Charles Leclerc converted fourth on the grid into fourth at the conclusion of Sprint, comfortably ahead of Norris and Daniel Ricciardo, who each gained one spot.

Leclerc’s team-mate Carlos Sainz dropped to the rear of the field on the opening lap but recovered to finish 11th, and will start from 10th after a penalty for George Russell.

“We know where we are with our pace, and comparing with the guys ahead of us, and they were so much quicker,” said Norris.

“Of course we will try to think of some things to do, but you cannot change anything. So we will just do it again.

“We are fourth-fastest behind Ferrari, Mercedes, and Red Bull. It is not a surprise because it is where we thought we would be.”

McLaren holds third in the standings, 19 points clear of Ferrari, but the Italy-based team has displayed higher peaks so far in 2021.

“They have been very fast,” Norris said. “They were ahead of us in qualifying. When they do not suffer with their problems that they have sometimes, they are extremely quick. Especially when it is hot and there’s a lot of degradation on the rear of the car, the rear tires, that is where they are particularly strong.

“They have a very good car. And when it works well they are quicker than us. I am aware I expected to be, but it is annoying that there is a red car ahead of me.”