Hamilton on Verstappen crash: ‘I don’t have to apologise’ 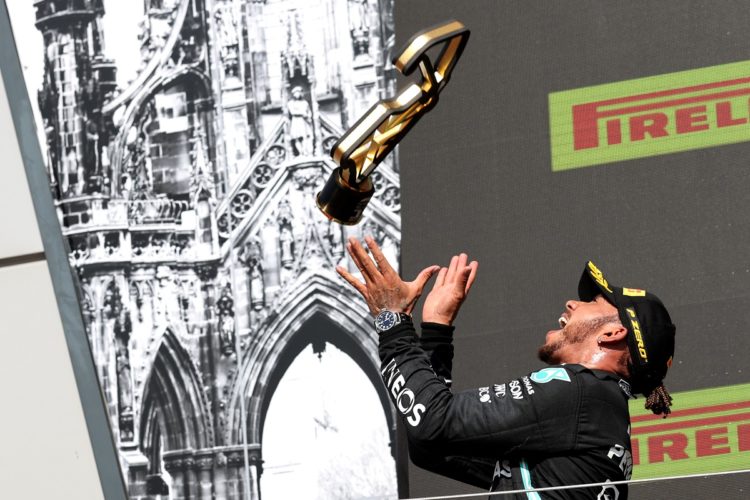 Lewis Hamilton denies that he needs to apologise to Max Verstappen following their clash on the opening lap of Sunday’s British Grand Prix.

On the way into Copse corner, Hamilton attempted to overtake his title rival for the lead – but contact was made, which eliminated Verstappen in a high-speed clash with the barrier.

Hamilton received a 10-second time penalty for the incident, as well as two penalty points on his super licence.

The Mercedes driver went on to win the race, with Verstappen labelling the post-grand prix celebrations as “disrespectful and unsportsmanlike”.

However, Hamilton says that while he was concerned that Verstappen was taken to hospital for precautionary checks, he doesn’t think there is reason to apologise.

“I don’t think I’m in the position to have to apologise for anything, we’re out there racing,” Hamilton said.

“I heard Max is in hospital and that definitely concerns me. None of us ever want any of us to ever get injured, that’s never my intention, so I really hope he’s OK.

“I’ll hit him up after this just to check he’s okay, and we live to fight another day. There’ll be a lot of tough races coming up and we have to learn to strike a decent balance.

“I don’t agree with the stewards but I take my penalty on the chin and get on with my job.

“I’m not going to whine about it, everyone’s going to have a different opinion, I don’t really care what people think. I do what I do and am really grateful for today.”

Red Bull Team Principal Christian Horner stated after the race that it was a “hallow victory” for Hamilton, however the seven-time world champion disagrees.

“It doesn’t feel hollow,” Hamilton said. “There’s 2000 people that work incredibly hard in my team, it’s not just about me naturally, of course this is not the way I want anything to happen in the race.

“I think it’s important for all of us to take a step back. I’m sure emotions are running high there, I know what it is like to lose points within a team and be in that position so I don’t feel any way about it.”