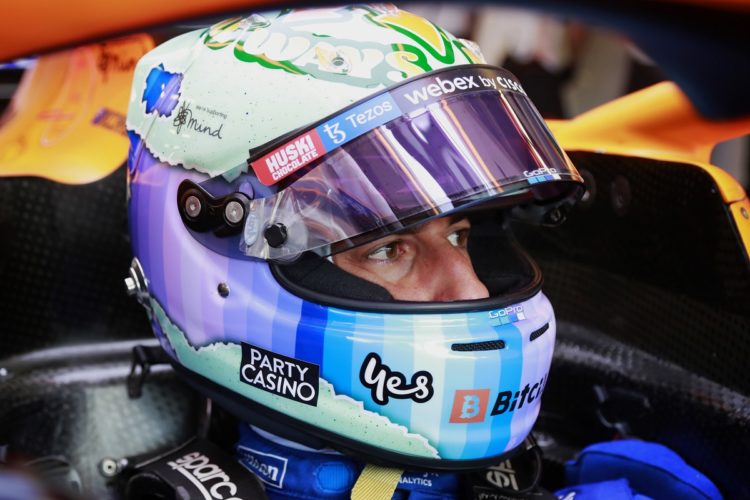 Daniel Ricciardo says he will aim to attack cars ahead during Saturday’s Sprint Qualifying race as he targets a higher starting position for Sunday’s British Grand Prix.

This weekend, F1 is trialling a new weekend format in which the grid slots for the grand prix are settled by a short, 17-lap race.

Although a crash risks putting a driver at the back of the field for Sunday’s grand prix, Ricciardo says he wants to capitalise on the opportunity to start further ahead on Sunday. Bet22 have great odds on F1’s first ever Sprint session.

“You’ve got to be a little bit smart about it, the points are on Sunday so you don’t want to ruin yourself for Sunday and do something silly,” Ricciardo said.

“But no, I see it as an opportunity to start further up the grid on Sunday so we’ll do that.

“I’m excited about the format, I like having free practice go straight into quali, it’s kind of fun. It’s been a good day, I’m obviously just frustrated with such small margins, so I’ll calm down.”

Ricciardo’s qualifying result marked a strong improvement from recent results, in which he has been heavily out-performed by Norris.

The Australian believes that a sturdier classification was on the cards in qualifying, having ended the session 0.070s behind fourth-placed Charles Leclerc.

“Looking at the last few qualifyings, seventh is great, but I feel it’s also a slight missed opportunity,” Ricciardo said.

“I think we could have looked a lot better today. I say a lot better, as tight as it is, all we needed is that little bit and it’s a few more spots up the great.

“It’s all good, we’ll kick on tomorrow and put on a good start and stuff for the fans, upset some people and get them cheering.”