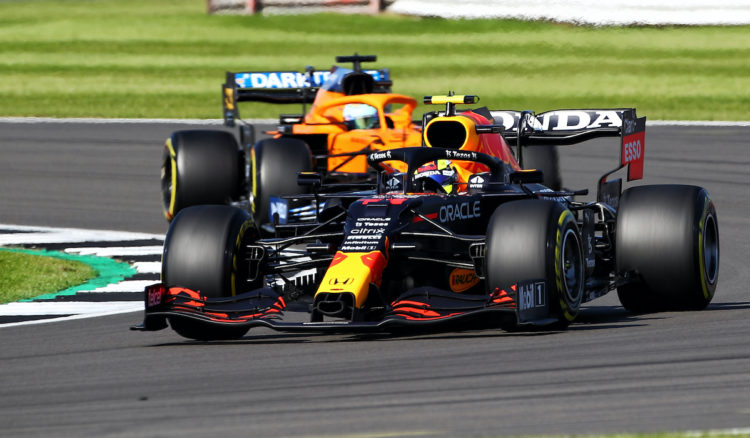 Sergio Perez was forced to retire from the first ever sprint qualifying following a spin, which flat-spotted his tyres, resulting in severe vibrations which the team feared could damage his car ahead of Sunday’s grand prix.

The Mexican was chasing down McLaren’s Lando Norris for seventh when he lost the rear and went into a high-speed spin, narrowly avoiding contact with the wall.

“It’s a real shame to have to retire from the sprint race today as the car felt quite good. It was a poor day for me and I can only say sorry to the team as I lost the rear of the car while battling with Lando which ruined our day.

“I was in the middle of the corner, already picking up quite a lot of throttle and I think I got caught in a bit of dirty air and became a passenger really early in the corner. I avoided any contact but after the spin we had too much vibration on the tyres and that was it.”

Perez was instructed to retire from 18th position just a few laps from the finish, with fears the vibrations might cause further damage to his RB16B.

“The team were worried about the damage that could be caused with the vibrations, and there wasn’t anything more to gain, so they made the decision to retire the car.

“We’re at the back of the grid tomorrow and it’s not easy to overtake here, but we look like we have a lot of pace in the car so you can be sure I will be pushing hard to score as many points as possible. It’s a low point for me, but tomorrow is a new day and I look forward to seeing what we can do.”