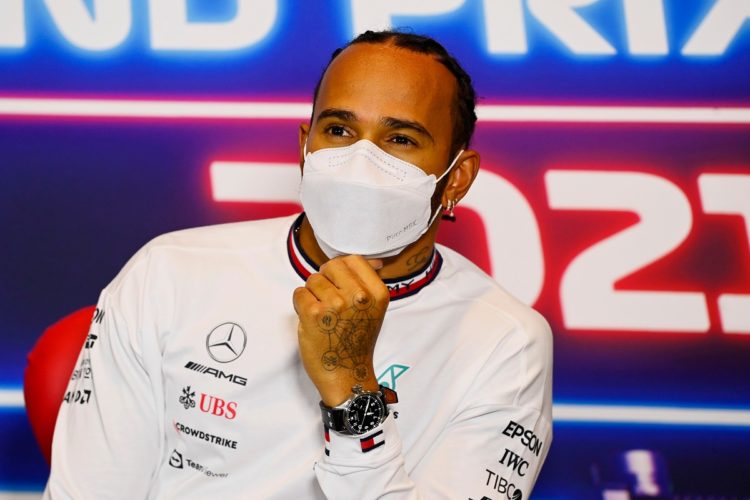 Lewis Hamilton has responded to comments made by former F1 supremo Bernie Ecclestone, who suggested the seven-time world champion is “not the fighter he once was”.

Hamilton is currently embroiled in a title battle with Red Bull’s Max Verstappen, and trails the Dutchman by 32 points after nine races.

Earlier this month, Mercedes announced that Hamilton had signed a two-year extension deal with the team, however Ecclestone said that he “wouldn’t rely too much on contracts” and that he can “escape from that”.

Ecclestone also said that Hamilton “probably had a look at the clothing range and music but realised that it is not as easy to make money there as it is in Formula 1”.

Hamilton acknowledged that he is not the same driver he was when he made his F1 debut, asserting he is much improved from his 2007 self.

“I actually wasn’t aware of it [Ecclestone’s comments] until I arrived this weekend,” Hamilton said.

“Honestly this has been such an interesting week. We had the football which was exciting for one moment and then obviously quite difficult afterwards, and we’ve had this amazing support and positivity I would say since.

“And then obviously with this [Hamilton] Commission I’ve just been focused on that. No-one’s side-tracking me.

“I’m definitely not the driver I was when I started, I think I’m better and I know myself way more than I ever did.”

Hamilton is seeking his eighth British Grand Prix victory this weekend at Silverstone, as he looks to eat into the gap rival Verstappen has built in the championship.

The 36-year-old has not emerged victorious from a race this year since May’s Spanish Grand Prix.