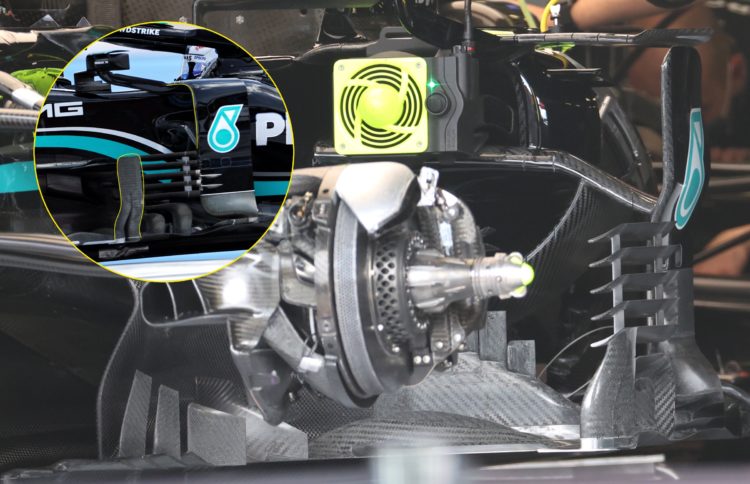 Mercedes head into the British Grand Prix weekend with an almost “do or die” attitude. If they don’t win here this weekend at a venue they’ve dominated at for the past few years, then Red Bull will look truly unstoppable.

Mercedes are keen to put an end to Red Bull’s current run of form, which has seen the energy drinks team take five consecutive victories.

The two teams have differed in their approach to the 2021 season, with Red Bull eyeing it as an opportunity to grab its first championship since 2013 and has taken a development philosophy to back that up.

The RB16B has been heavily developed, with constant upgrades being delivered at almost every race weekend. In contrast, Mercedes hasn’t really developed its W12 since the first race, instead bringing only minor track specific updates.

However this weekend the team has introduced what can only be described as its first major updates of the season – and likely its last as it focusses on 2022. The team described the updates as “quite exciting” last weekend.

The developments have been focussed on the sidepod and bargeboard area. The area has been tidied up in order to create more efficient air flows to the rear of the car, with the boomerang winglet now divided up.

The large deflector seen inset has now been cut down, allowing for the venetian blind-like slats to be extended forward. This is something several other teams have done.

The tall sidepod fin is now disconnected from the vane that protrudes from the top of the chassis, which has been given a turned up edge to create a cleaner vortex.

Meanwhile the floor has also been tweaked, with the “wavy” section simplified slightly to include a single kink.

Both drivers will be keen to see if the updates can bring them closer to Red Bull’s performance, though Lewis Hamilton has some reservations: “There’s a lot of changes on the car but it’s not a massive update in terms of the gap [to Red Bull] that we’ve seen in the races, but it definitely helps us in terms of closing that gap quickly.”