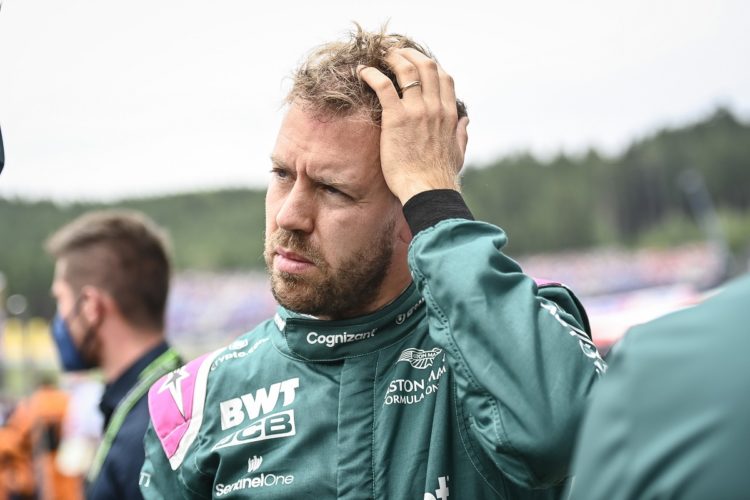 Aston Martin’s Sebastian Vettel believes it is “wrong” that the winner of Saturday’s Sprint Qualifying race at Silverstone will be awarded pole position, rather than the fastest driver on Friday.

Formula 1 is trialling a new format this weekend, which will see the traditional three-segment knockout qualifying session take place on Friday.

The result of that session will set the grid for a 17-lap Saturday race, with the winner being handed pole position for Sunday’s grand prix.

With many drivers keeping an open mind over the new structure, Vettel said when informed that Saturday’s Sprint Qualifying winner will take pole position: “I think that’s wrong.

“Pole is the fastest lap time achieved in qualifying, so it gets all a bit confusing.

“Obviously it depends, if this is a one-off, it doesn’t do much harm but if we end up doing 10 sprint races next year or in the future, I just think it’s a bit weird.

“Pole position should go to the guy who is fastest on one lap. It’s a new discipline. They didn’t have it 50 years ago and now they have it. So you add a new column to the statistics.”

Despite having reservations over how pole position is awarded, Vettel states that the new format will create excitement due to the lack of practice before Friday qualifying.

“We are down to one-hour practice sessions, which in the end I think I quite like because there’s less hanging around in the garage and more action on track, which we prefer,” Vettel said.

“Now, there will be one hour and that’s it, straight into qualifying. So we’ll need to be straight on it right from the start and it should be exciting.

“It’s something new, and that is always exciting. We’ll see how it turns out. Lots of unknowns but we’ll give it a go.”