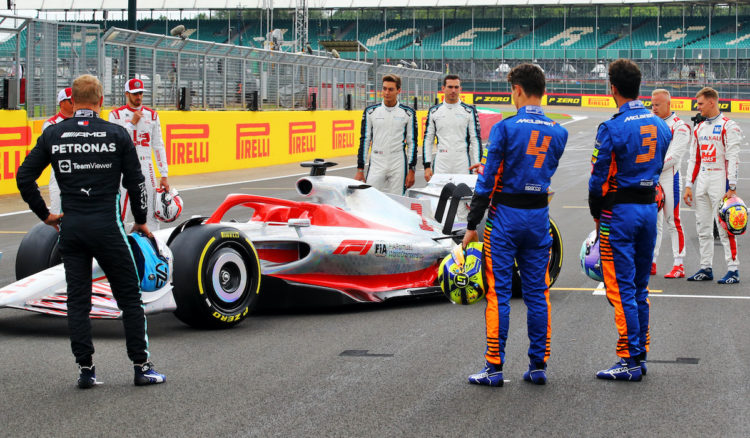 Daniel Ricciardo has clarified a remark caught on a microphone ahead of the unveiling of the 2022 Formula 1 car, during a presentation at the Silverstone Circuit on Thursday.

F1 held a live launch of the new car, which has been designed to the 2022 technical rules, on YouTube. A countdown to the start of the video was displayed, but audio cut in early and the McLaren driver was heard saying: “Yeah, no it’s terrible. It’s shit, it’s the worst.”

When the video went live and reaction was sought from the drivers, Ricciardo gave a generally positive review of the new car: “I like the rear of it. The rear looks pretty old school, it reminds me of 2008, with that style, which is cool. The front is very different, but like all things, the more you stare at it, the more normal it will start to look.”

Quizzed after the launch about that earlier remark, Ricciardo was bemused and insisted it wasn’t related to the new car.

“To be honest I do not recall saying anything like that because I actually thought it was pretty cool. I wouldn’t have been that aggressive to it, maybe it was the paint scheme, but I wouldn’t have said that about it [the car].

“I’m actually curious now. Was I standing next to Lando? I don’t swear around Lando because he is still quite young. You have got me there.

“I will clarify that I definitely didn’t think it was shit. I was actually quite okay with it and I think I mentioned something about liking the rear. Anyway there is no negativity around the new car here.”