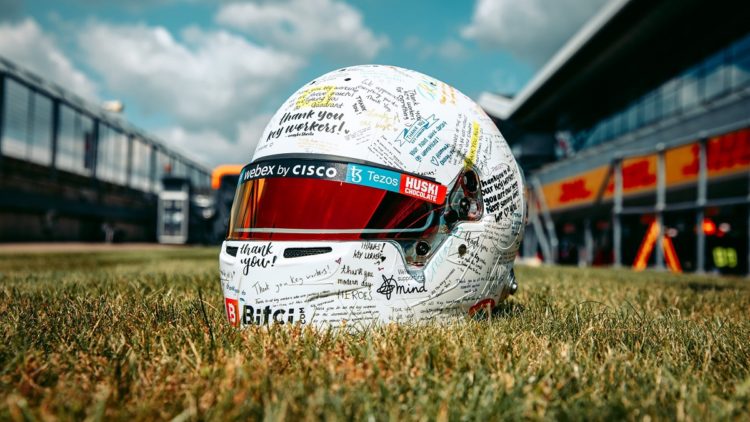 The four-time podium finisher is sporting a new livery that contains thank you messages to key workers throughout the Covid-19 pandemic.

Norris opened a project on his website earlier in which anyone could submit their message which would be used “as part of a wider design piece to be worn at the British GP”.

The messages are spread across a white base and use the handwriting and colours of the original hand-ins.

At last year’s British Grand Prix, Norris used a helmet that also contained a white base, with the accompanying words and drawings created by a six-year-old fan.

He also ran a paint-splattered helmet design in 2020 at the Eifel Grand Prix, raising money for the Mind charity in the process.

Norris will raffle the helmet in order to support Our Frontline UK.