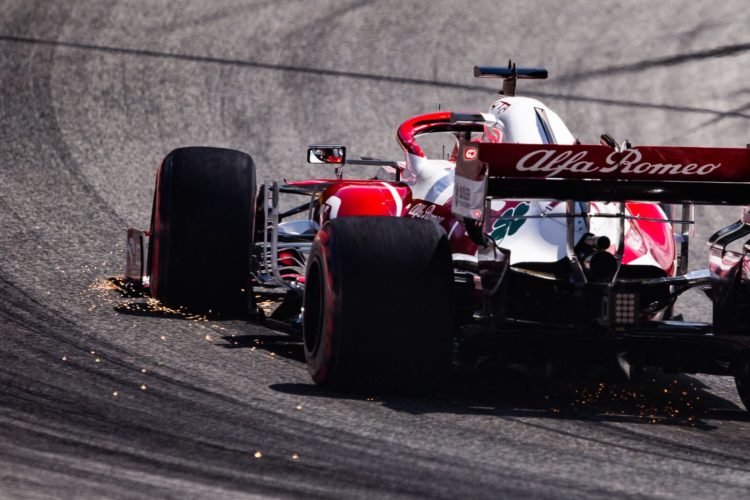 Alfa Romeo can emerge as one of Formula 1’s surprise package in 2022, according to its team boss, following the marque’s commitment to Sauber.

Alfa Romeo returned to Formula 1 in 2018, as title partner to Sauber, before taking on naming rights in 2019 when the partnership was strengthened.

The Italian manufacturer’s presence in Formula 1 beyond the end of 2021 was uncertain but on Wednesday it announced a multi-year extension to its current deal.

The team finished eighth in the Constructors’ Championship in 2018, 2019 and 2020, a position it also holds approaching the mid-point of the 2021 season.

It has scored only two points, one apiece courtesy of Antonio Giovinazzi in Monaco and Kimi Raikkonen in Azerbaijan, but the squad reckons its year-on-year progress has been masked.

“As a team, we have made the biggest step forward across the grid this season, even though the results don’t show as well as the data yet,” explained Alfa Romeo team boss Frederic Vasseur.

“The gap to the front of the grid has shrunk significantly, especially in a world of marginal gains as Formula 1 is at the end of a regulations cycle.

“This is the improvement that underpins the extension of the relationship with Alfa Romeo: they see the team is evolving in the right direction and we’re both keen to reap the rewards of our development together.”

Formula 1 is introducing new regulations in 2022 and Vasseur believes Alfa Romeo is well-placed to profit from the overhaul.

“As always, when there is a big regulation change, there is an opportunity to make a big step forward: to do so in a regime of budget cap is a further chance for us,” he explained.

“We are a very efficient team in the way we use resources, we have been operating just below the cap for years, so we won’t need to go through painful adjustments like some of our rivals.

“We feel we can be one of the surprise packages of the next era.”

Alfa Romeo has yet to communicate its 2022 driver line-up.

It has fielded Raikkonen and Ferrari-linked Giovinazzi since 2019.