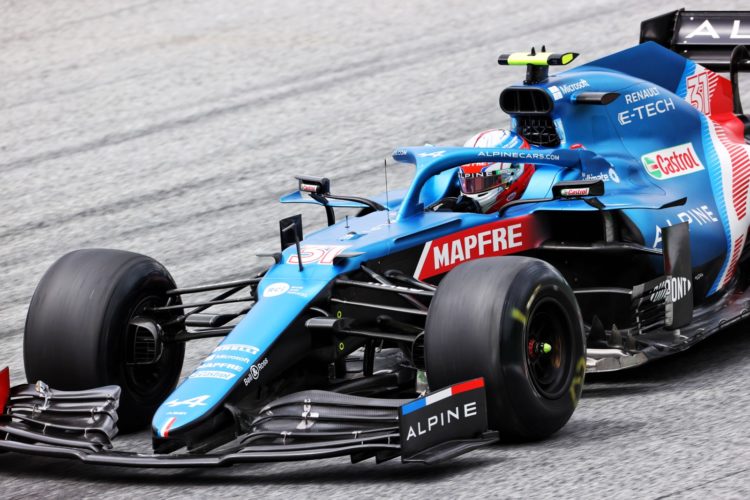 Esteban Ocon will receive a new chassis at this weekend’s British Grand Prix as Alpine tries to understand the root of his recent slump.

Ocon scored points in four of the first five races but has not added to his tally since.

Ocon dropped out of Q1 at both races in Austria and suggested that Alpine had drawn some conclusions as to his issues.

He nonetheless outlined a desire to change as many components as possible.

Alpine has now confirmed that Ocon will use a different chassis for the upcoming round in Britain.

“Esteban had two difficult races in Austria and we’re still investigating whether there are any technical reasons behind it,” said Alpine’s Executive Director Marcin Budkowski.

“To eradicate any doubt, the team has made the decision to make extensive changes to his car for Silverstone, including a new chassis.

“Esteban performed very strongly at the start of the season and qualified the car on the third row of the grid on merit at two races in a row just a few weekends ago.

“We are working together to make sure he bounces back, and this weekend is the perfect opportunity to do that.”

Ocon, who recently committed his future to Alpine through 2024, is hopeful that the change can facilitate a return to previous form.

“The France-Austria triple header was not as successful as we had hoped,” said Ocon.

“It’s good that we’re heading to a completely different circuit, taking on a new challenge and having a reset.

“The team and I have been working very hard behind the scenes to see what we can do to improve our performance.

“I know we’ll come back to the level we had at the start of the season and the hard work will only continue until we achieve that and even go beyond. I’m really motivated for a good result this weekend.”