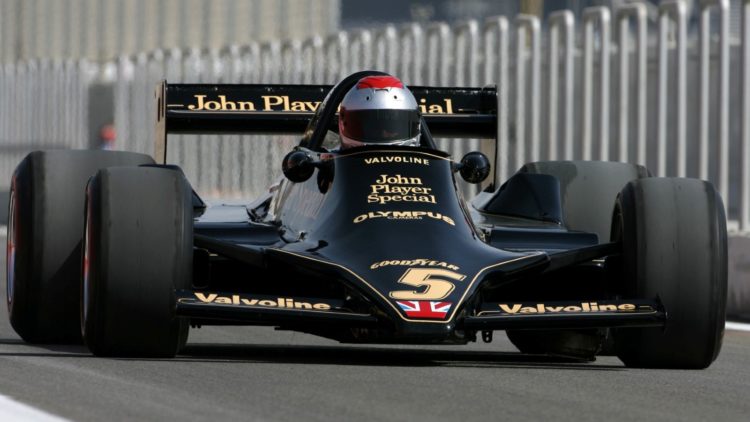 After being purchased by Brown, the Lotus 79 has since been restored and made its most recent appearance at the Goodwood festival of speed, it even made runs up the hill.

Designed by Colin Chapman, the Lotus 79 took a major leap forward in ground-effect aerodynamics and enjoyed a dominant 1-2 finish on its debut at the 1978 Belgian Grand Prix, at the hands of Andretti and Sweden’s Ronnie Peterson.

After a successful, yet tragic season after Peterson’s death at Monza, the 1978 Drivers’ and Constructors’ titles were the last to be won by Lotus.

The chassis would also compete in the 1979 season but after being out developed by its rivals at the time, the team would go on to finish fourth, 74 points behind winners Ferrari.

“It’s going to be an amazing event at the British Grand Prix this year,” said Brown.

“To be involved in the Historic Cars 70th Anniversary demonstration is a real honour and to have a full circuit of fans is going to make it a mega weekend.

“I can’t wait to get behind the wheel of my Lotus 79 around the amazing Silverstone circuit.”