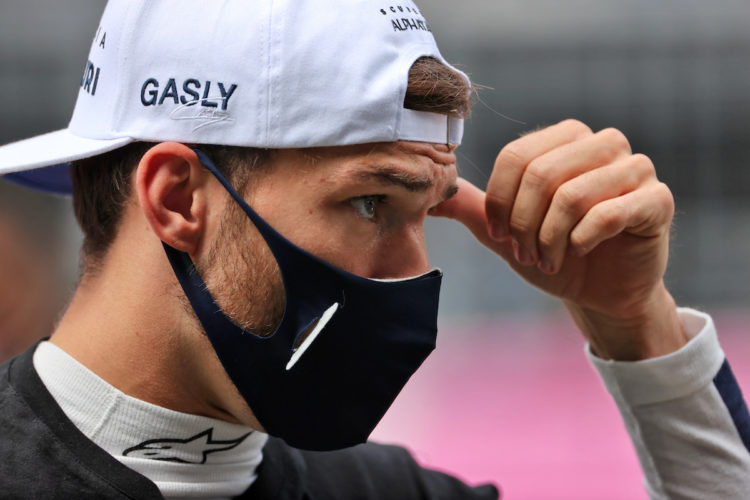 Red Bull’s Helmut Marko has commended Pierre Gasly, stating the Frenchman has “changed” since his disappointing spell at Red Bull.

Gasly was promoted to the front-running team in 2019, having joined its sister outfit Toro Rosso (now AlphaTauri) towards the end of the 2017 season.

However, Gasly was demoted back to Toro Rosso after just half a season due to lacklustre performances but has since excelled for the second team, scoring three podiums, including a win at last year’s Italian Grand Prix.

In a discussion with Motorsport-Total.com, Marko asserted that he doesn’t think Gasly would perform now how he did at Red Bull in 2019.

“This is the best Gasly we have seen so far,” Marko said. “At the moment, this question [of a possible Red Bull comeback] does not arise.

“But of course there is a danger when you’re next to Verstappen, you can see how [Sergio] Perez struggles in qualifying.

“But Gasly has changed. I had a long conversation with him recently in Graz. He wouldn’t react or perform the way he did back at Red Bull Racing.”

Gasly has scored 39 of AlphaTauri’s 48 points so far this year, as he partners rookie Yuki Tsunoda.

The team appears to be in a fight for fifth place in the championship against Aston Martin and Alpine.

When asked if AlphaTauri would be able to fight for higher positions with two drivers like Gasly, Marko said: “Yes, that would be possible.

“One side is that Tsunoda doesn’t regularly finish in the points, which Gasly already does. The other is that AlphaTauri have had two or three races where they haven’t been able to call up the potential of the car.

“But in general, yes, that’s the goal. And that’s also the reason why we’re sticking with Gasly as team leader of AlphaTauri.”