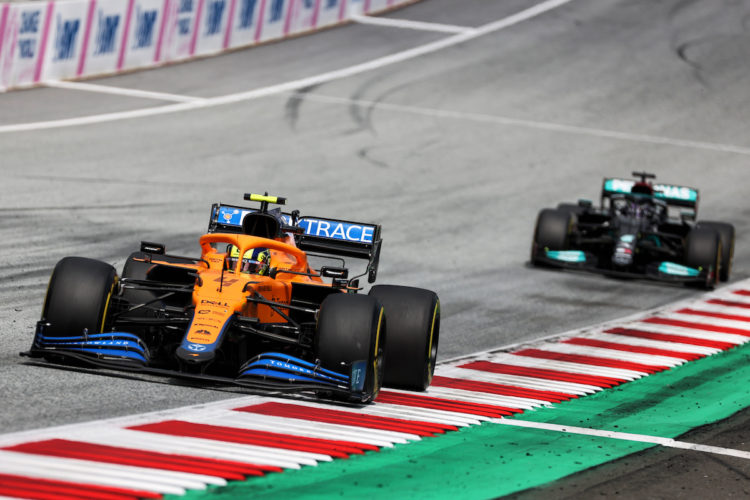 McLaren asserts that it will remain realistic over its British Grand Prix prospects following a strong showing in Austria last time out.

Just under two weeks ago, Lando Norris secured third place at the Austrian Grand Prix, taking his third podium finish of the 2021 season.

The result aided McLaren’s push for third in the championship, as it looks to finish ahead of Ferrari at the end of the current campaign.

Despite its strong performance in Austria, which at times was on par with Red Bull and Mercedes, it is keeping a rational outlook ahead of its home race.

“Following the conclusion of the first triple-header of the season, we now look forward to racing at our home grand prix this weekend,” said McLaren Team Principal Andreas Seidl.

“It’s great that the British Grand Prix will see a full-capacity crowd, with our fans and many team members supporting from the grandstands, while ensuring the appropriate measures are in place to keep everyone safe.

“We’ve taken the time to reset as a team after the strong result in Austria and we’re ready to go again in the fight for good points.

“We’re continuing to take steps forward in terms of performance by extracting the most out of our package, but we need to remain realistic about what’s achievable, stay focused and take each race at a time as we progress through the season.”

Norris echoed Seidl’s words, adding that he is aiming to carry over the momentum from the Austria double-header to Silverstone.

“Being on the podium for the third time this season was a great feeling,” Norris said.

“It was a well-deserved result for all the hard work the entire team has put in so far this year and during an intense triple-header.

“Hopefully, we can carry this energy into mine and the team’s home grand prix this weekend, although we need to be realistic in what we can achieve as Silverstone is a very different track.

“That being said, we’ll still be trying our hardest to score as many points as possible.”