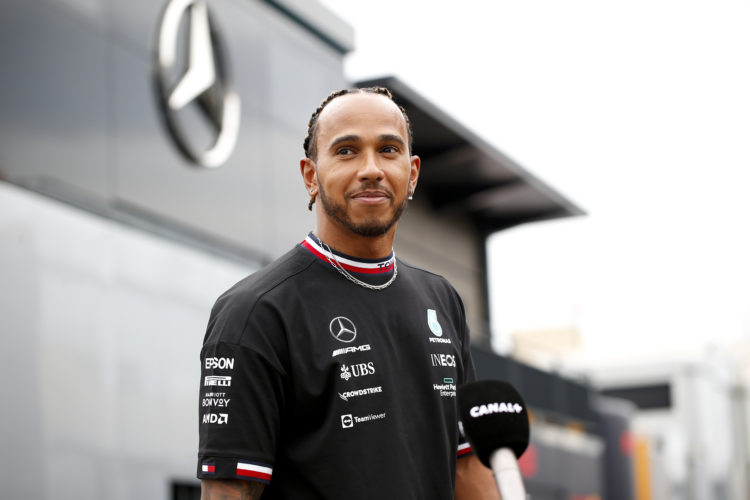 A report into how a lack of diversity and equality can be tackled within the motorsport industry, co-founded by Formula 1 World Champion Lewis Hamilton, has been released.

Hamilton launched The Hamilton Commission in 2020 as part of a research project in conjunction with the Royal Academy of Engineering in order to understand the barriers facing black people within Formula 1 and the wider motorsport industry.

It came after Hamilton reviewed the end-of-season Formula 1 photos in 2019 and noted the lack of diversity.

It was co-chaired by Hamilton and RAE CEO Dr. Hayaatun Sillem, along with a 14-strong board from various sectors, such as motorsport, politics, education and engineering.

It outlined that only one per cent of employees in Formula 1 are from black backgrounds and Hamilton noted that he had experienced some of its findings through his life.

The report concluded that hiring schemes within motorsport teams favour selecting students from a small pool of high-ranking universities that were attended by existing engineers and managers.

Geographical factors were cited, with work experiences at motorsport hubs such as Silverstone harder for black communities and other young people in low-income backgrounds, which are likelier to be in cities.

It outlined that behaviour management practices within schools disproportionately affect black students in terms of temporary and permanent exclusions, while there is a lack of black role models within STEM teaching positions in schools and other colleges.

Black students’ academic abilities are also lower regarded, leading to lower predicted grades, which can be a barrier as an entry to STEM subjects at further education.

The report also stated that there is “a feeling among black students that motorsport ‘wasn’t for them’.”

Another issue was highlighted in the new-for-2021 cost cap in Formula 1, with new regulations concerning spending disincentivising teams from taking on new apprentices, which provide a pathway for young people – especially from a lower socio-economic background – to continue education up to degree level without incurring substantial debt.

Several recommendations have been made in order to improve the situation going forward.

It has suggested that Formula 1 teams, and other motorsport organisations, implement a Diversity and Inclusion Charter in order to commit the sector in improving diversity across the board.

It will strive to establish a new exclusions innovation fund in order to develop programmes that address the factors which contribute to the high proportion of black students being excluded from school.

It will also support programmes that increase the number of black teachers in STEM subjects, and support scholarship programmes that facilitate black graduates from engineering degrees in progressing into motorsport roles.

It has also called for Formula 1 teams and other motorsport businesses to expand apprenticeships, paid work placements and work experience schemes.

“Given the right opportunities and support, young people can excel at whatever they put their minds to, but our research shows that many young Black people are being closed out of opportunities within STEM, and having their full potential limited,” said Hamilton.

“While I have enjoyed a successful career in motorsport, it’s been a lonely path as one of the few Black individuals within Formula 1 and, after 15 years of waiting for the industry to catch up, I realised I had to take action myself.

“In order to do that, I needed to understand what was preventing the industry from being as diverse as the world around it.

“Through the Commission’s research, we can see there are clear meaningful steps the motorsport industry needs to take towards creating a more inclusive environment where diversity can thrive but also that we must tackle the barriers facing Black students that exist throughout their educational journey.

“Some of these barriers I recognise from my own experiences, but our findings have opened my eyes to just how far reaching these problems are.

“Now that I’m armed with the Commission’s recommendations, I am personally committed to ensuring they are put into action. I’m so proud of our work to date, but this is really just the beginning.”