Why Russell is taking disappointments in his stride 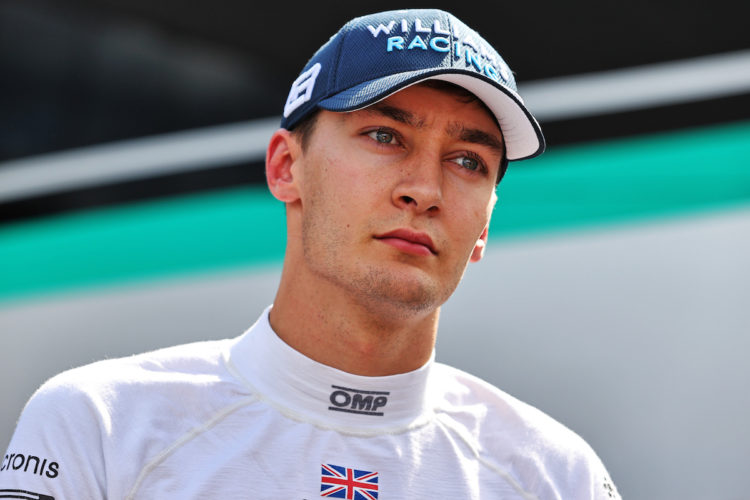 Last Sunday at the Austrian Grand Prix, George Russell suffered another heartbreak, as a potential top 10 finish was stripped away from him in the dying laps of the race.

The 23-year-old was on the verge of scoring Williams’ first championship points in almost two years, but instead it was left to wonder what might have been after Russell was overtaken by two-time world champion Fernando Alonso on lap 68 of 71.

It’s a feeling that Russell has been left with before – throughout his two and a half years of racing in F1, he has come away from race weekends dealing with agonising situations that almost brought tangible rewards – some self-inflicted, some not.

In Germany 2019, a mistake in the changing conditions allowed former team-mate Robert Kubica through, who would go on to finish 10th, taking Williams’ most recent F1 point.

Last year at Mugello, Russell lost out at the second race restart, and was demoted from a points paying position to the back of the field. Later in the year at Imola, he was running inside the top 10 before crashing under a safety car period.

At the 2020 Sakhir Grand Prix, Russell was on course for his first victory in F1 as Lewis Hamilton’s one-off replacement at Mercedes, but a pit-stop mix-up and a slow puncture left him in ninth – a joyous result on any other given weekend.

This year, a crash with Valtteri Bottas at Imola, a power unit issue in Styria and his late-race drop behind Alonso in Austria still leaves him and Williams with zero points. However Russell, who is being tipped for a seat at the front-running Mercedes team in the future, says the “very difficult” series of disappointments will only mould him into a stronger race driver.

“Mentally it’s not easy, we’re all winners, and all here to win, and [it] has been a bit of a rollercoaster this past year,” Russell said. “Imola last year, Mugello last year, Bahrain obviously, and then Imola again this year.

“It’s been a lot of difficult races to deal with and I feel fortunate because hopefully in the future, having the chance to fight for victories and world championships… I’ve experienced a lot more disappointments than others so it’ll make me mentally stronger and actually help me in the difficult moments in the future because for sure, there will be some.”

For Williams, a championship point this year would mean everything. With Haas languishing at the back of the field, it is unlikely that they will score a top 10 result through normal circumstances.

Gaining points over the American-owned team would almost ensure Williams’ position in ninth place, moving them from the foot of the standings, where it has been stabled for the last three consecutive seasons.

Last Saturday in Austria, Russell progressed into Q3, marking the first time Williams has done so since the 2018 Italian Grand Prix. Although the end result in the race was not one of delight, the weekend as a whole showcased the visible improvements Williams has made in recent years, as it inches its way closer to scoring championship points.

“I think we just have so much confidence at the moment that we’re doing a good job, especially on the Saturday,” Russell said.

“We’ve had some really strong performances, and that confidence comes into me, then goes into the team, we’re understanding the car more and more, and it’s little things that make a big difference.

“I truly hope this can carry on, but until we get back to a more normal circumstance, longer circuit, and maybe windier conditions, or just naturally windier, we will then see the new true performance of the car but until then let’s try and make the most of it.”