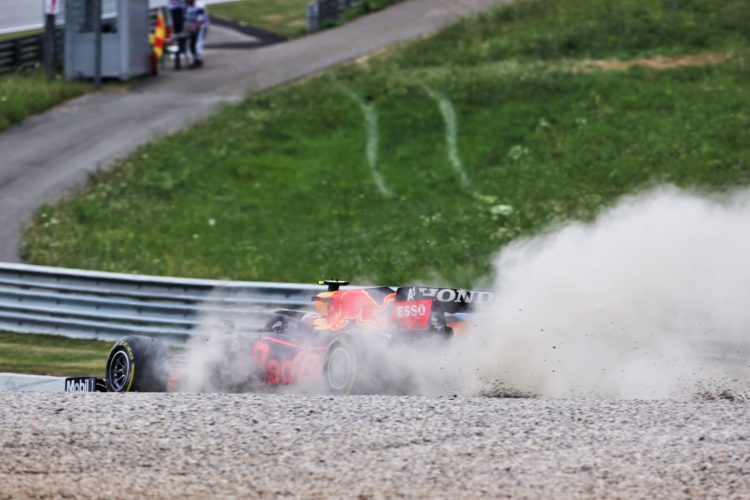 Norris was penalised early on in the race when stewards determined that he had forced Perez off track when they battled through Turn 4.

Perez was then twice penalised after being embroiled in a wheel-to-wheel battle against Ferrari’s Charles Leclerc through Turns 4 and 6.

On each occasion a five-second time penalty, along with two penalty points, were issued, and on all three instances the attacking driver was on the outside of the corner.

“You don’t want the equivalent of footballers taking a dive, so I think we need to avoid that,” Horner said on the potential for drivers trying moves that could penalised a rival.

“It is incredibly difficult because we talk about these things often, and difficult for the race director, but I feel the incidents could have led towards more racing incidents then being deserving of penalties.”

He went on to outline that drivers are fully aware of the potential pitfalls in trying to pass a rival around the outside.

“The incident between Checo and Lando, it’s racing, you go around the outside you take the risk, particularly when you’re not in a position [when] you’re ahead,” he said.

“The FIA, after awarding that [penalty for Norris] couldn’t not award it for a very similar move with Charles.

“These guys have been racing since when they were kids, it happens, if you go around the outside you take the risk.

“I think the penalties were a bit harsh and it does slightly go against the ‘let them race’ mantra that we’ve been championing for years.”